After two multi-platinum, international smashes like “Amore” and “My Christmas,” Italian superstar, Andrea Bocelli teams-up again with super-producer David Foster for the newly released, “Passione.”
This new album is another stunning collection of beautiful love songs, all performed with immense class by the gifted tenor under Foster’s expert guidance.

What’s absolutely noteworthy on “Passione” is the superstar’s ability to perform smooth, pop material like the best crooners ever. As Foster often declared, Bocelli is probably the only singer today that’s able to walk in both musical worlds, pop and opera, with the same superior skills and the same outstanding results.
“Passione” offers gorgeous renditions of Italian pop classics like “Champagne,” “Senza Fine” and “Love In Portofino” that Bocelli used to sing on piano bars at the beginning of his career. There are also two masterpieces by the great, Riccardo Cocciante, “Era Già Tutto Previsto” and “A Mano A Mano” that Bocelli performs with the needed intensity and Foster arranged with the right dramatic power. Among the highlights on “Passione” are “Garota De Ipanema” and “Corcovado” both Brazilian evergreens written by the legendary, Antonio Carlos Jobim. “Corcovado,” in particular, is a duet with Nelly Furtado. Its smooth vocal blend and the delicious arrangement prepared by Foster with Jorge Calandrelli are a total delight to listen to. A plus on this song is Dan Higgins’ warm sax playing that has strong echoes of Stan Getz.
A shout-out must be given to Calandrelli and William Ross who collaborated with Foster on the lush orchestral arrangements and to the talented Ramon Stagnaro whose acoustic guitar plays the perfect counterpart to Bocelli’s voice on many of the songs here. There are two other duets on the album, “Quizas, Quizas, Quizas” and “La Vie En Rose.” The first is also the debut single and presents Jennifer Lopez singing with Bocelli. Again the blend of their voices is extremely on target as the song develops in its light and catchy rendition. The second song is a virtual duet with the late Edith Piaf and the result is nothing short of brilliant just like Foster did on Natalie Cole’s “Unforgettable” duet with her father.
“Passione” is chock-full of pop masterpieces, let’s not forget other great covers of “When I Fall In Love,” “Love Me Tender” and “September Morn,” prepared by Foster with his typical focus on details. The perfect sounds and arrangements are delivered by a cast of world-class talents like Foster himself on keyboards, Chris Botti on trumpet, Dan Higgins on sax and flute, Nathan East on bass and John Robinson on drums.
“Passione” is currently climbing the charts all over the world on its way to platinum or multi-platinum status and will stand as another winner in Bocelli’s long history of success. 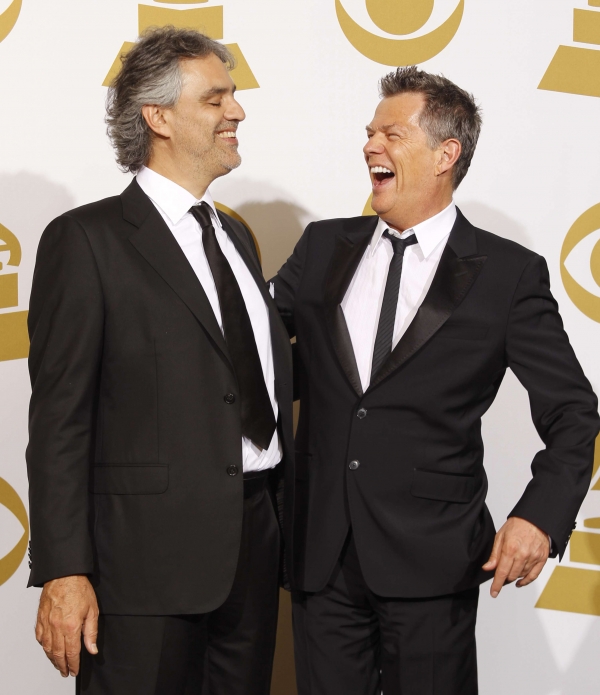 Quiet nights of quiet stars
Quiet chords from my guitar