THE GREATEST GIFT OF ALL

from THE GREATEST GIFT OF ALL (single)

“Once Upon A Christmas” was released in 1984 by two legends of country/pop, Kenny Rogers and Dolly Parton. It was also the first holiday-themed recording ever produced by David Foster. At the time, the Canadian producer worked with Rogers on chart topping hits like “We’ve Got Tonight,” “What About Me?” and “Crazy.”

Foster delivered that same catchy, adult contemporary approach to “Once Upon A Christmas” soaring the album to #12 on the Country charts, #31 on Billboard’s Top 200 and eventually certified multi-platinum. “Once Upon A Christmas” kept having consistent sales year after year to become one of the biggest Christmas albums of the eighties and it is a steady seller to this day.

“Once Upon A Christmas” also spawned a multi-format chart single with the romantic ballad, “The Greatest Gift Of All.” Written by renowned Nashville composer John Jarvis, “The Greatest Gift Of All” is a sweet love song with lyrics set on a peaceful Christmas eve and gently sung by Rogers and Parton. The duet benefits from Foster’s perfectly toned, radio-friendly production and his electric piano beautifully backs up the singers’ familiar voices. As the song develops, the producer’s thumbprints become more evident in the effective use of the orchestra and the evocative refrain that’s as Foster-ish as it can get. “The Greatest Gift Of All” eventually peaked at #81 on Billboard’s Hot 100, #53 on the Country chart and #40 Adult Contemporary chart. 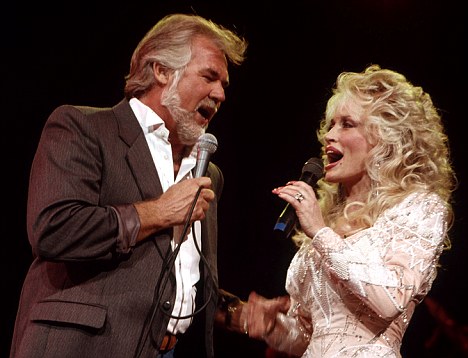