from RUN TO YOU (single)

As a tribute to the late Whitney Houston we have picked the gorgeous ballad, “Run To You” as our song for this week. “Run To You,” co-written by hit songwriters Allan Rich and Jud Friedman, was the fourth single released from the mega-successful soundtrack of the movie, “The Bodyguard.”

Impeccably produced by David Foster, “Run To You” was another showcase of Houston’s unbelievable talent. On this elegant ballad, the superstar’s unique voice is tender and smooth on the verses while soaring high on the refrain with the lush backing of Foster’s perfect  instrumental arrangement. It takes just a quick listen to understand that this love song is another masterpiece on the long list of Houston’s winners. “Run To You” was nominated, along with Foster’s “I Have Nothing” to the Academy Awards but it was only a moderate hit on the charts reaching #31 on Billboard’s Hot 100 and #10 on the Adult Contemporary chart. This may sound odd given the absolute beauty and value of the song but the reason was that at the time of its release, in June 1993, its parent album, “The Bodyguard,” had already sold over twenty millions copies worldwide and fans already owned the song with the album. 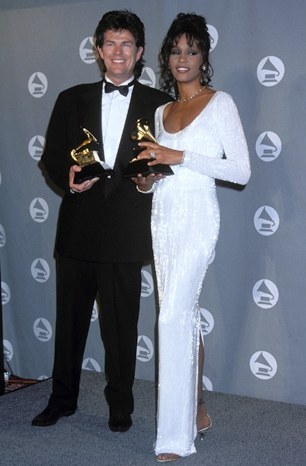