In 1978, David Foster went to the Sunset Sound recording studios for a meeting with one of the most successful groups of those days, Earth, Wind & Fire. The young, talented musician submitted to EWF’s leader, Maurice White, a song that he had recently co-written with his pals Jay Graydon and Bill Champlin.

The tune was an amazing ballad entitled “After The Love Has Gone” and the rest is music history. White, being the incredible music-maker and visionary he is, immediately understood the superior skills of the young Foster and invited him to go to his place in Carmel to work together on new material. Eventually, in just a few days they would co-write the bulk of what would become the platinum-plus smash “I Am.” One of those gems, entitled “Diana,” didn’t make the original album. It was left in the vaults until 2004 when “I Am” was reissued in a remastered version with bonus tracks.

“Diana” is a soul/pop goodie that presents all the vintage elements of EWF’s classic sound like smooth vocals, percussions, tight horns and a rich, lush arrangement plus it gets really funky towards the end. It clearly belongs to the original album’s atmosphere and becomes a welcome addition to it. The reissue of “I Am” also includes another good unreleased, funky instrumental entitled “Dirty.” 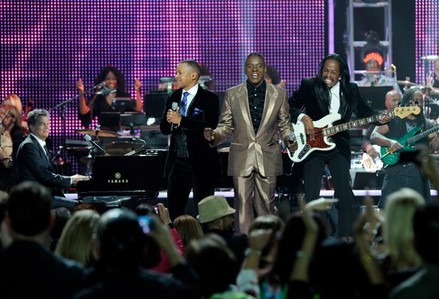