from JOSH GROBAN IN CONCERT

One year after the massive success of his 2001 debut album, singing sensation Josh Groban starred in his first PBS Great Performances special with a subsequent CD/DVD release entitled “Josh Groban In Concert.”

The show was recorded in Pasadena and showcased all the songs from his self-titled album with some very special guests and new stuff as well. Among the treats were “For Always,” originally recorded by Groban and Lara Fabian for the Steven Spielberg movie “A.I.” and conducted here by the song’s composer, John Williams plus David Foster’s “The Prayer” sung with R&B sensation Angie Stone. Groban’s voice was as impressive as ever on his trademark hits “You’re Still You” and “To Where You Are,” the latter with Foster accompanying him on piano.

One highlight of the concert was a classic inspired piece entitled “Gira Con Me.” It was co-written for Groban’s debut album by Foster and fellow songwriter/producer Walter Afanasieff with Italian lyrics courtesy of Lucio Quarantotto of “Con Te Partirò” fame. Another wonderful tune, “Broken Vow,” again with Foster on piano, gives the young singer plenty of ways to shine and showcase his superior talent. This wonderful ballad was co-written by Fabian with Afanasieff. Groban makes the song his own and delivers another spectacular vocal performance.

Other special guests that appeared in the concert were Andrea Corr who is the lead singer of The Corrs and violin virtuoso Lili Hayden. “Josh Groban In Concert” CD/DVD combo was certified platinum six times and it’s another important brick that helped build the superstar’s amazing history of success.. 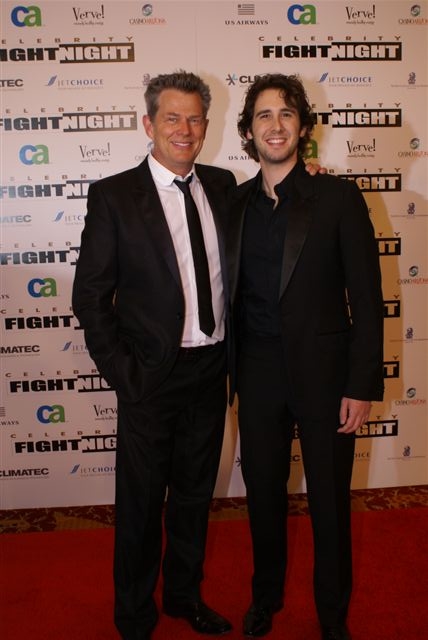 [Chorus:]
I let you go
I let you fly
Why do I keep on asking why
I let you go
Now that I found
A way to keep somehow
More than a broken vow