from NEVER FELT SO RIGHT

Although originally entitled “My Everlasting Love” and included on Ray Kennedy’s 1980 self-titled album, Bill Champlin took the song, added some new lyrics and released it under the title “Tonight Tonight” on his classic solo album “Runaway.” The killer ballad was co-written by Kennedy with David Foster who produced the original recording. In 1981,  Champlin’s “Runaway” version also sports a magnificent Foster production with “Tonight Tonight” sounding slightly more sophisticated than Kennedy’s version.

“Tonight Tonight” was released as a single which became a minor hit on Billboard’s charts at #55. There’s an interesting 1983 Spanish version of “My Everlasting Love” entitled “La Eternidad” by Latin singer, Danny Rivera with Foster on keyboards under Humberto Gatica’s production. Finally, veteran Hawaiian group The Krush  has a little known but really good cover of “Tonight Tonight” released on their 1982 album “Never Felt So Right.” Their record is a mix of pop and funk/soul. The group additionally shined on two other elegant ballads, “On The Road Again” and the spectacular “Leading Lady.” On those three songs the musical performances, vocals and arrangements are refined and truly noteworthy. The rest of “Never Felt So Right” isn’t that memorable, but those cuts are true gems and absolutely worth looking for on iTunes. 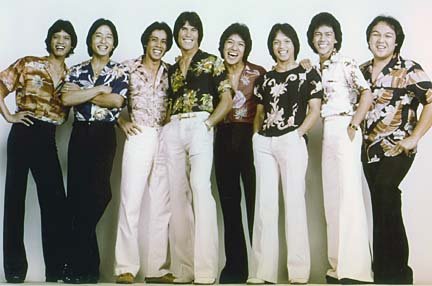 Peformed by The Krush: