I’M LOVING EVERY MOMENT WITH YOU

1990’s “Unison” was the first English sung CD by French Canadian sensation Céliné Dion. The Quebecoise singer approached worldwide audiences singing contemporary pop in English. “Unison” was produced by Christopher Neil, Andy Goldmark and David Foster, who was the first big producer to take her under his wing.

The sophisticated pop material included on the album was co-written by hit songwriters like Foster, Paul Bliss, Tom Keane, Glen Ballard, Bruce Roberts and Aldo Nova. “Unison” included “Where Does My Heart Beat Now,” a pop ballad that introduced Dion’s amazing talent in North America and English speaking audiences everywhere, reaching the Top 5 on both Billboard’s Hot 100 and the Adult Contemporary chart. Another Top Forty single off the album was “(If There Was) Any Other Way.” Strangely enough, Foster didn’t produce either of these hit singles, but had a strong hand on some of the best tracks like “I Feel Too Much,” and the mid-tempo gem, “I’m Loving Every Moment With You.” Both songs were co-produced and arranged by Tom Keane and sport delicious melodies and memorable hooks. Foster’s production is perfect and Ms. Dion’s vocal performances were right on target. “Have A Heart,” again produced by Foster, was the English version of the beautiful song “Partoit Je Te Vois” from the her French album, “Incognito.”

“Unison” was eventually certified platinum in the US and sold more than three millions worldwide. It also won the Juno for Album of the Year while Dion won Female Vocalist of the Year. It was the beginning of Céliné’s fantastic story of success and talent that’s still being written to this day.

On a related note, Tom Keane released his own version of “I’m Loving Every Moment With You” on his 2001 record “Smoove And Juicy Covers.” That cd also presented Keane’s takes of “Through The Fire” and “Will You Still Love Me,” both hit songs co-written with David Foster for Chaka Khan and Chicago respectively. 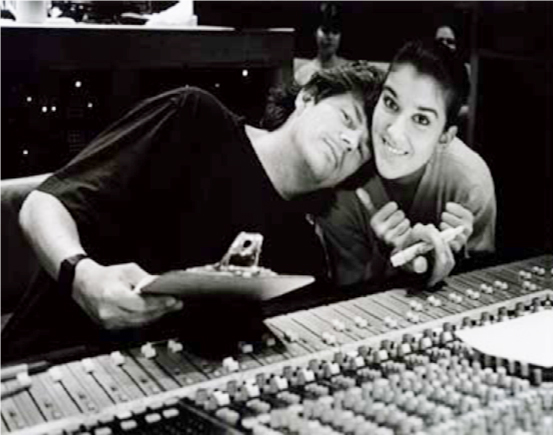 Do you realize how long its been
Where does all my time with you go?
And all the memories
We shared as friends
Reflected – in my heart
Is where they show