Chicago’s “Hard Habit To Break” is one of David Foster’s most successful productions. Released in 1984 as the second single from the band’s multi-platinum “Chicago 17,” this lush, dramatic power ballad was an out of the box smash hit reaching #3 on both Billboard’s Hot 100 and on the Adult Contemporary chart.

“Hard Habit To Break” was co-written by top songwriter and old Foster collaborator Steve Kipner with John Parker. Their musical creation, through Foster’s impeccable arrangement and Chicago’s familiar vocal harmonies, became the perfect follow-up to “Hard To Say I’m Sorry.” We’re obviously talking about a love song, but rarely a hit ballad has been this sophisticated in its arrangement and overall delivery. The vocals by Peter Cetera and Bill Champlin are exceptional and their interplay is one of the best we’ve heard in pop music. Foster’s work is outstanding; from the tender first verses to the emotional horns break and over the top climax. Another key element is Jeremy Lubbock’s fantastic orchestral arrangement that rises to the spotlight in the song’s coda.

Foster often declared that “Hard Habit To Break” is his favorite production ever and we gotta agree because all the elements are in place; a great composition played wonderfully, sung by the perfect singers, and directed by a music maker at the top of his artistic game. “Hard Habit To Break” was also nominated for several Grammys including Record Of The Year. It won Best Instrumental Arrangement Accompanying Vocals for Foster and Lubbock.

Let’s not overlook the single’s b-side, “Remember The Feeling.” It’s another beautiful ballad co-written by Cetera and Champlin that could have easily been another hit for the band, but was probably overshadowed by “You’re The Inspiration.” 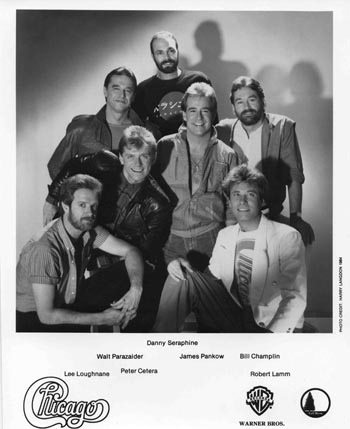 Chorus:
Now being without you
Takes a lot of getting used to
Should learn to live with it
But I don’t want to
Living without you
Is all a big mistake
Instead of getting easier
It’s the hardest thing to take
I’m addicted to ya babe
You’re a hard habit to break