David Foster first collaborations with Michael Jackson happened on two of the megastar’s bestsellers, “Off The Wall” and “Thriller.” On those records, the Canadian music-maker added his talent as songwriter/arranger/musician on “The Girl Is Mine” and “It’s The Falling In Love.”

In the nineties, Foster was red hot from the triumphs with Natalie Cole, Whitney Houston and Celine Dion. He was approached by Jacko to produce songs for his forthcoming projects. That partnership resulted in three tracks included on “HIStory.” Released in 1995 and despite all the controversy surrounding Jackson’s name, “HIStory” became another massive hit for the singer with over seven million sold. The first singles were “Scream,” a rock/dance duet with Janet Jackson produced by hit-makers Jimmy Jam & Terry Lewis, and “Childhood,” a delicate, orchestral ballad masterfully crafted by Foster that debuted at #5 on Billboard’s charts. “Childhood,” a poignant song with bittersweet lyrics written by the singer, was also part of the soundtrack for “Free Willy 2: The Adventure Home” along with several other artists coming from Jackson’s camp. The Jackson/Foster collaboration resulted in another giant hit, “Earth Song,” a powerful ballad that went on to sell three million copies worldwide and was #1 in the UK for six weeks. Foster also produced and arranged a delicate, jazz-infused cover of Charlie Chaplin’s “Smile,” wonderfully performed by the singer surrounded by a lush orchestra. 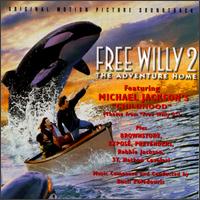 Have you seen my Childhood?
I’m searching for the world that I come from
‘Cause I’ve been looking around
In the lost and found of my heart…
No one understands me
They view it as such strange eccentricities…
‘Cause I keep kidding around
Like a child, but pardon me…

People say I’m not okay
‘Cause I love such elementary things…
It’s been my fate to compensate,
for the Childhood
I’ve never known…

Have you seen my Childhood?
I’m searching for that wonder in my youth
Like pirates in adventurous dreams,
Of conquest and kings on the throne…

Before you judge me, try hard to love me,
Look within your heart then ask,
Have you seen my Childhood?

People say I’m strange that way
‘Cause I love such elementary things,
It’s been my fate to compensate,
for the Childhood I’ve never known…

Have you seen my Childhood?
I’m searching for that wonder in my youth
Like fantastical stories to share
The dreams I would dare, watch me fly…

Before you judge me, try hard to love me.

The painful youth I’ve had

Have you seen my Childhood…