From YOU’RE THE INSPIRATION: A COLLECTION
Written by David Foster & Peter Cetera

“You’re The Inspiration” was one of the most successful collaborations between Peter Cetera and David Foster. A true evergreen, this love ballad was included on the smash 1984 album “Chicago 17” and released as its third single. It reached #3 on Billboard’s Hot 100 and topped the Adult Contemporary chart. “You’re The Inspiration” was originally intended for a Kenny Rogers album (probably “What About Me?”) that David Foster was producing for the singer around the same time. The country/pop star turned it down for unknown reasons and it eventually made the Chicago album. The song, beautifully arranged and impeccably sung by Cetera, quickly became one of the most loved wedding songs ever. In 1997, the singer published his first collection of hits entitled “You’re The Inspiration: A Collection.” Some of his solo hits like “The Next Time I Fall” with Amy Grant and “After All” with Cher were included together with new versions of “If You Leave Me Now,” “Baby What a Big Surprise” and “You’re The Inspiration” from his Chicago days. It’s not clear if it was Cetera’s idea to give new life to those classics or if he wasn’t allowed to use the original Chicago songs. The remakes are all quite good even though it isn’t easy to touch those kinds of masterpieces. The singer respectfully approached his own classics giving them a different vibe, a bit of a country influence. The timeless melodies are still there and it’s always a pleasure to hear Cetera’s unmistakable high tenor voice.

“You’re The Inspiration” also featured Az Yet who added their silky harmonies to the mix. The R&B combo returned the favor after scoring a big hit with their remake of “Hard to Say I’m Sorry” embellished by Cetera’s cameo and produced by Foster.

“You’re The Inspiration: A Collection” also showcased other famous Cetera duets including “Feels Like Heaven” with Chaka Khan and “I Wasn’t The One (Who Said Goodbye)” with Agneta Falstkog of Abba. One questionable thing is the omission of two of Cetera’s huge solo hits, “The Glory Of Love” and “One Good Woman,” that didn’t make this collection even though a couple of new tracks are included. 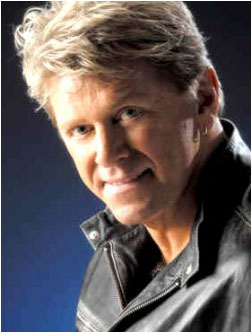