From AN AMERICAN TAIL: FIEVEL GOES TO WEST

Written by James Horner & Will Jennings

Released in 1986, “An American Tail” was a very successful animated movie produced by Steven Spielberg. Its soundtrack was written by the great James Horner who ten years later would receive an Academy Award for his score of the blockbuster movie, “Titanic.”

The “An American Tail” soundtrack included the beautiful ballad “Somewhere Out There.” Co-written by Horner with Barry Mann and Cynthia Weil, the song featured the distinctive voices of Linda Ronstadt and James Ingram. Produced by Peter Asher, “Somewhere Out There” became an Adult Contemporary hit and earned two Grammys.

The 1991 sequel, “An American Tail: Fievel Goes West,” was also produced by Spielberg. It too had good success on both big screen and home video. It also had Horner back with another pleasant soundtrack. It was more musically adventurous than the first one with a strong Western atmosphere and included another dreamy, intense ballad sung by Ronstadt, “Dreams To Dream.” Co-written by Horner with famous lyricist Will Jennings, “Dreams To Dream” was masterfully produced by David Foster. Ronstadt’s tender performance is top-notch accompanied by Foster’s unique keyboard playing. “Dreams To Dream” became another Adult Contemporary hit and earned a Golden Globe nomination.

An interesting note: It is rumored that Horner’s first choice for this song was Céliné Dion, but she wasn’t accepted by the movie’s producers because they had never heard of her. 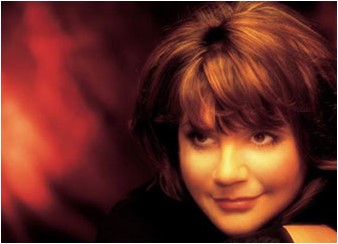 I lose my way, no one cares.
The words I say, no one hears.
My life it seems
Is a world of dreams.

Deep in the night, you’ll find me.
Dream and you’re right behind me.
Stay if you will stay
We’ll dream the night away.

Dreams to dream in the dark of the night
When the world goes wrong, I can still make it right
I can see so far in my dreams
I’ll follow my dreams
Until they come true.

There is a star waiting to guide us
Shining inside us when we close our eyes!
Come with me, you will see what I mean,
There’s a world inside no one else ever sees.
You will go so far in my dreams,
Somewhere in my dreams,
Your dreams will come true.