Since their inception in the ’70s, the Tubes were always one of the most inventive and original live rock shows. They consistantly matched tight musicianship with the theatrical side of their histrionic frontman, Fee Waybill. In 2001, an incarnation of the band with original members Waybill, Roger Steen, Prairie Prince and Rick Anderson released a very good live album entitled, “Tubes World Tour 2001.”

This album presented exciting renditions of all their hits plus a couple of new studio tracks. One of these songs, “Loveline,” was a reunion between the Tubes and David Foster, who co-wrote it with Waybill and Steve Lukather of Toto. This is the same trio responsible for the band’s bigger hits like “She’s A Beauty” and “Talk To You Later.” Another co-author of “Loveline” is famous singer/songwriter Richard Marx, who has been a frequent collaborator of both Foster and Waybill. Foster also co-produced “Loveline” with Greg Ladanyi and Dave Carlock, who were also at the helm for the live recordings. Recorded at Chartmaker, the tune is a brilliant rock song with a catchy hook. It showcases the singer’s trademark voice plus the band’s usual top-notch performance. The highlights of “Tubes World Tour 2001” are the funky, Earth Wind & Fire-influenced “Tip Of My Tongue” and the rousing finale of “Talk To You Later,” both goodies coming from the Foster era of the band. 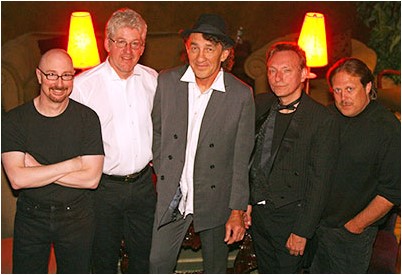 I caught your number on the personal page
You like to party, you’re all the rage
You were a tiny bomb
I was another John