Pop/fusion maestro Kenny Gorelick, aka Kenny G, and David Foster have worked together on many occasions, both live and in the studio. The talented saxophonist has often been a special guest on Foster’s star-studded charity events while the producer put his golden print on some of Kenny G’s most successful records. For example, Foster co-produced with Walter Afanasieff, “By The Time This Night Is Over” and “Even If My Heart Would Break,” two pop songs that featured special guest singers like Peabo Bryson and Aaron Neville. Both these cuts were Adult Contemporary/Pop hits and were part of the mega-successful “Bodyguard” movie soundtrack. Later on, they also recreated “What A Wonderful World” as a virtual duet between Kenny G’s sax and Louis Armstrong’s vocals in the same vein as Natalie Cole’s duet with her late father on “Unforgettable.” The talented Mr. G was also a guest on David Foster’s 1991 “Rechordings” on an instrumental remake of Foster’s own “After The Love Is Gone” and recently appeared on the Foster-produced Andrea Bocelli’s CD “Amore.”

In 1997, Kenny G released his second “best of” collection entitled “Greatest Hits.” It included his big pop-oriented instrumental hits like “Songbird” and “Silhouette” as well as vocal tracks with superstars including Babyface and Toni Braxton. There were also three unreleased tracks on this album. One of them, a cool remake of Sam Cooke’s “You Send Me,” was co-produced by Foster and guest singer Michael Bolton. This song, with its sophisticated arrangement, was probably recorded a few years earlier during the same sessions that resulted in Bolton’s “Timeless (The Classics)” triple platinum album. The talented musician, aided by a lush orchestra, gently intensified the singer’s performance with some effective sax lines adding a nice touch to the retro mood of the song while Foster’s production is the usual high-tech show. This “Greatest Hits” collection was a multi-platinum seller and reached the top of the contemporary jazz charts. To this day, Kenny G is the largest selling instrumental artist of all time. 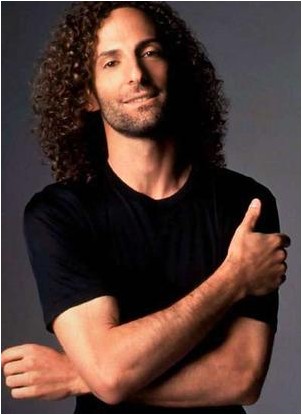 At first I thought it was infatuation
But woo, it’s lasted so long
Now I find myself wanting
To marry you and take you home
Whoa-oh-oh-oh-oh-oh

At first I thought it was infatuation
But woo, it’s lasted so long
Now I find myself wanting
To marry you and take you home