From ONE MORE STORY
Written by David Foster & Peter Cetera

Released in 1988, “One More Story” was Peter Cetera’s second solo album after his departure from Chicago. Cetera’s first solo album, “Solitude Solitaire,” produced two hit singles; “The Glory Of Love,” co-written by David Foster with Cetera, plus Bobby Caldwell’s “The Next Time I Fall.” This one-two punch convinced the record company to pull all the stops for the second album by pairing Cetera with red-hot producer Pat Leonard. Leonard and Cetera co-wrote most of the material on the record and brought in a couple of Leonard’s superstar clients; David Gilmour of Pink Floyd who plays guitar on two songs and Madonna who does a cameo vocal on “Scheherazade.” The first single, “One Good Woman,” is an up-tempo ballad that kept the hit string going by soaring to the Top 5 of Billboard’s Hot 100. Another standout cut is the powerful rocker “Save Me.” This is another Cetera/Foster collaboration that benefits from a guest appearance by Bonnie Raitt who sings and plays some noteworthy guitar. The song has a country/rock feel, sports a rousing vocal performance by Cetera and is supported by strong guitars and a powerful rhythm section. “Save Me” also became the theme of the first few seasons of the hit TV show, “Baywatch,” starring David Hasselhoff. There are other good moments on the album like Bill Labounty’s intense ballad, “Holding Out,” the danceable “Body Language (There In The Dark)” with a great solo by Gilmour and the rocking opener and second single, “Best Of Times.” Overall, “One More Story” is a well-balanced record that highlights more of Cetera’s upbeat side while showcasing just the right amount of romantic songs. It is certainly one of the best solo offerings of the singer’s career. 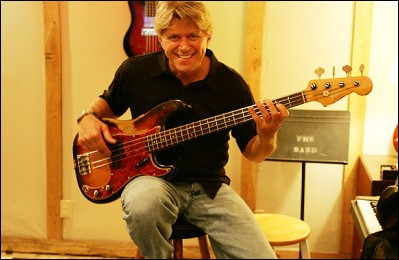 Man all alone, caught in raging water
Man overboard, caught in a terrible storm
Throw me the rope, pull me out of trouble
I need someone, someone to keep me warm

Wrap me up, baby won’t you take me home
Forty below, high up a lonely mountain
Slipping down, baby I’m sinking fast
Throw me the rope, pull me out of this trouble
S.O.S. don’t think I’m gonna last