Legendary jazz/fusion guitarist Lee Ritenour released a few-oriented albums, “Rit” in 1981, “Rit 2” in 1982 plus “Banded Together” in 1984. All these records were absolute treats for quality pop lovers. One song, “Is It You” from “Rit,” reached the top 15 on Billboard’s Hot 100. “Rit 2” maintains the same ingredients as its predecessor, a well-dosed mix of elegant pop/soul moments with a strong jazzy flavor and a couple of classy instrumentals. The stellar cast of musicians is basically the same on both albums with production duties being done Ritenour and Harvey Mason. Eric Tagg’s unique voice is in the frontline, singing smooth harmonies together with Bill Champlin and Richard Page. Ritenour shines on guitar while David Foster, Greg Mathieson, John Robinson, Don Grusin, Nathan East, Jerry Hey and many others work their magic in the refined musical background.

“Rit 2” offers the listener one gem after another. The opener, “Cross My Heart” is a breezy pop tune that also reached the lower part of Billboard’s Hot 100. “Dreamwalking” is a stunning ballad that was also the title-track of Tagg’s solo album that Ritenour produced in 1981. “Keep It Alive” is another up-tempo soul ballad. “Voices,” co-arranged by Foster and Ritenour, is more on the pop/rock side with its radio-friendly rhythms and melody. Foster also appears on another song that was recorded for this project, “Save This Love,” a beautiful soft ballad that was only included in the original Japanese vinyl edition of “Rit 2.” We offer you this rarity, a true collector item, wonderfully sung by Tagg, one of the best “unknown” singers. 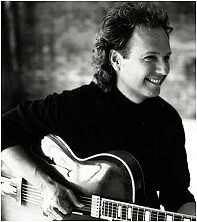