Al Jarreau’s “High Crime” was released in 1984. The singer was coming from a string of very successful, quality pop albums. He had received big chart success and the praise of the musical press along with several awards including Grammy’s in the Pop, Jazz and R&B fields. This new release, again with Jay Graydon at the helm, saw a drastic change in the sounds and production. Graydon and Jarreau kept the classy atmospheres and elegant arrangements, but went for massive use of synthesizers and drum programming following the highly successful trend started by Prince. Even though this choice caused some controversy among his fans at the time, “High Crime” remains a good effort even though it sounds a bit dated today. The overall quality of the songwriting is excellent. There’s a gem by Bill Champlin, “Love Speaks Louder Than Words,” a smooth ballad clearly influenced by the best EW&F sounds. The catchy title track, co-written by Graydon, Jarreau and Greg Phillinganes, is an irresistible up-tempo jam with acrobatic vocals by Jarreau and fat horns arranged by Jerry Hey. David Foster, Graydon and the singer co-wrote “After All.” It is one of those sweet ballads that the Airplay guys have perfected through the years. It was written to enchant the listener. Foster and Graydon take no prisoners here. The arrangement is perfect, slowly building from the intimate keyboard intro to the beautiful refrain. Jarreau is positively sublime, his vocal performance sweet and understated, well suited to the soft atmosphere of the tune. “After All” did quite good on the Adult Contemporary chart reaching #6, plus it was a minor hit on the Hot 100 at #69 and Hot R&B at #26. 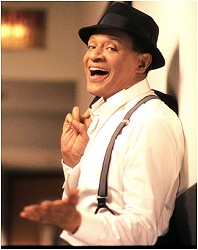