TEACH ME HOW TO DREAM

From IF LOOKS COULD KILL
Written by David Foster & Dean Pitchford

“Teach Me How To Dream” was the love theme from the 1991 movie entitled “If Looks Could Kill” starring Richard Grieco. David Foster, with the help of arranger William Ross, wrote the music score for the movie. He co-wrote and produced “Teach Me How To Dream” with famous songwriter Dean Pitchford, whose hits include “Footloose,” “Fame,” and “After All.” “Teach Me How To Dream” is a rock ballad performed by Robin McAuley of McAuley-Schenker Group fame. The powerful tenor voice of the singer soars high and is well complemented by Foster’s piano along with the heavy guitar licks of Steve Lukather. These key elements give “Teach Me How To Dream” a solid rock edge. The rest of the soundtrack album includes a medley of the score entitled “Michael Corben’s Adventure,” but is mostly a typical compilation of pop/rock songs performed by people like The Outfield, Kylie Minogue and Glenn Medeiros.
A softer cover version of “Teach Me How To Dream,” sung by Chris Walker, was included on the soundtrack of the soap opera “One Life To Live.” This soundtrack also included Warren Wiebe’s wonderful original version of Foster’s ballad “Goodbye.” 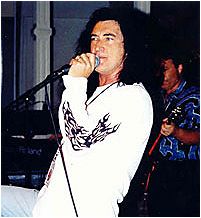