From DREAMWALKIN’
Written by Eric Tagg

Eric Tagg is one of the most gifted and talented performers to ever walk into a recording studio. Given his skills as a songwriter, his excellent phrasing and smooth voice, he should be right up there with people like Daryl Hall, Michael McDonald or Luther Vandross. Unfortunately, to this day he’s just one of the music world’s best-kept secrets. Tagg debuted in 1975 with “Smiling Memories.” David Foster and Lee Ritenour appeared on it as sidemen. Ritenour must have been quite impressed because in 1981 he asked Tagg to sing and write with him for his “Rit” album. The result was an impressive pop/fusion record along the lines of Earth, Wind & Fire or Al Jarreau with a touch of Toto. It was co-produced by the guitarist with Foster and Harvey Mason. “Rit” even scored pop with a hit single, “Is It You,” co-written by Ritenour and Tagg with Bill Champlin. The success of the project brought Tagg and Ritenour back in the studio to record “Dreamwalkin,” the singer’s third solo album. “Dreamwalkin” follows exactly the same formula as “Rit” with ten pop gems, all but one written by Eric Tagg. It is really difficult to pick only one song since all the material included here is a joy to listen to. There are echoes of Stevie Wonder, strong Brazilian influences, refined sounds and extra special musicianship by the likes of Foster, Don Grusin, John Robinson, Nathan East and many others. Some standouts on the album include the rarefied ballad, “Bigger Love,” “Just Another Dream” that could easily come out of “Songs In The Key Of Life” and the Ivan Lins’ cover, “Maos De Afeto.” “No One There” is the opening track and defines the direction of the whole album. It is an up-tempo jam with an irresistible groove. Tagg’s smooth singing is supported by Champlin on backing vocals while the rhythm section smokes behind them. Ritenour’s guitar and the Jerry Hey horns also add their signature sounds to the mix. This release is a true masterpiece, look for it! Tagg also released another record in 1997 entitled “Through My Eyes.” He continues to create music consisting of great melodies, wonderful lyrics and style. Check him out. 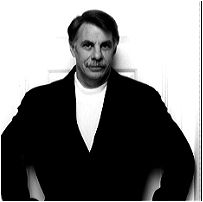 No one there, no one there
There is no one to talk to

A thousand people on the avenue
Walkin’ in their solitary ways
Nobody has a time to talk to you
Just passers-by, another lonely day

There is no one there to talk to

I’ll try her one more time, I said to me
“Give that naughty girl just one more chance”
But this affair just wasn’t meant to be
Some folks never say goodbye
Just run off with another guy, you see