From TIMELESS THE CLASSICS
Written by John Lennon & Paul McCartney

Michael Bolton reached super-stardom at the end of the eighties, after a long career as an AOR singer/songwriter. In 1992, after the incredible success of “Soul Provider” and “Time, Love & Tenderness,” both multi-platinum hits, Bolton went back into the studio with his long-time partner, Walter Afanasieff, and David Foster to work on a collection of evergreens aptly titled “Timeless – The Classics.” Here, Foster applied the same winning formula he used on “Unforgettable.” He “fosterized” great songs like “You Send Me,” “Since I Fell For You,” and “To Love Somebody,” a top 15 hit on Billboard’s Hot 100 plus a #1 Adult Contemporary hit. Afanasieff worked on the up-tempo part of the album, producing covers of R&B classics like “Reach Out, I’ll Be There,” “Hold On, I’m Coming,” and “Knock On Wood.”
“Yesterday” is a beautiful rendition of the Beatles’ classic. It isn’t easy to add something to a perfect song, but here the arrangement is really magnificent with breaks and changes throughout the song. Let’s also mention Johnny Mandel’s soothing string arrangement and the sweet solo on the acoustic guitar by Dean Parks. On top of it all, we have to point out Bolton’s intense and strong vocal performance, clearly inspired by the late, legendary Ray Charles. “Timeless – The Classics” reached #1 and has sold over three million copies to date.
Foster, Afanasieff and Bolton also worked together on the follow-up, “The One Thing.” It was another top ten, multi-platinum smash for the singer. The two award-winning superproducers have also collaborated over the years to successful projects for Barbra Streisand, Josh Groban and Celine Dion. 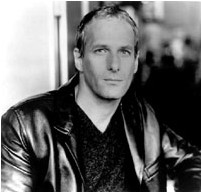 Yesterday, all my troubles seemed so far away
Now it looks as though they’re here to stay
Oh, I believe in yesterday.

Suddenly, I’m not half the man I used to be,
There’s a shadow hanging over me.
Oh, yesterday came suddenly.

Why she had to go I don’t know she woldn’t say.
I said something wrong, now I long for yesterday.

Yesterday, love was such an easy game to play.
Now I need a place to hide away.
Oh, I believe in yesterday.