From UNFORGETTABLE …WITH LOVE
Written by Irving Gordon

Released in 1991, “Unforgettable…With Love” was a labor of love. It was a gift from Natalie to her dad, the late, extraordinary Nat “King” Cole. This record was a trendsetter, allowing people to rediscover the timeless classics sung by the likes of Cole and Frank Sinatra. When Natalie Cole met David Foster to talk to him about this project, the two could not have imagined the magnitude of its upcoming success. Foster was enlisted as producer of the project together with two of his peers; Tommy Li Puma, probably the most successful producer in the contemporary jazz field, and Andre Fisher, the former drummer for Rufus who was married to Cole at the time.
The record, deliciously filled with classics like “Smile,” “Nature Boy,” and “Lush Life,” skyrocketed to the top of the charts, ultimately selling over 7 millions copies in the USA alone. Its title track, a wonderful and faithful rendition of the Irving Gordon’s classic, was produced by Foster, arranged by Johnny Mandel, and paired Natalie with her dad in a stunning virtual duet. The song went high on the Billboard charts, quite an incredible achievement given its retro feel on a chart dominated by rap and alternative rock.
“Unforgettable…With Love” swept the Grammy Awards with six wins and Foster brought home three trophies as Producer Of The Year, Record Of The Year, and Album Of The Year. The one-two punch with “Unforgettable…With Love” and “Voices That Care” was also instrumental in bringing Foster into the spotlight again. It started a tremendous string of successes for him in the nineties.
Cole and Foster worked together again in 1996 on another project entitled “Stardust.” That record had a similar feeling and atmosphere as “Unforgettable…With Love,” but it wasn’t as huge of a hit. However, it did bring the British Columbia-born producer another Grammy for his inspired arrangement of “When I Fall In Love.” In 1999, Foster produced a couple of tracks for Cole’s “Snowfall On The Sahara.” 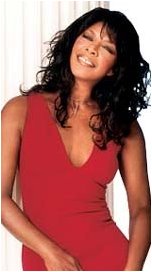