“Read My Lips” was Fee Waybill’s debut solo work. The former Tubes’ lead singer left the band in 1983 after the poor sales of their “Love Bomb” record. He teamed up again with David Foster who, hot from his triumph with Chicago , was also responsible for The Tubes most successful albums. They chose to team up again with Toto guitarist (who co-wrote “Talk To Ya Later” and “She’s A Beauty”) Steve Lukather and the three of them composed the bulk of “Read My Lips.” The result were ten strong rock songs where you can clearly hear some Toto influence well mixed with David Foster’s clean and refined production, arrangements and sounds plus Waybill’s classic rock voice and personal lyrics.

The best rockers, driven by the pyrotechnic guitars of Lukather and Mike Landau, the energetic drums of John Robinson and Jeff Porcaro (Toto) along with Foster’s great keyboards work, came up with an eclectic mix of music; the funky/rock “Nobody’s Perfect” with one infectious refrain, “You’re Still Laughing” with a mood close to some of Van Halen’s best work, “Who Said Life Would Be Pretty” with great keyboard sounds, guitars and chorus very close to those created by Foster on Chicago 17. This week we have picked the most elegant track on the album, “Caribbean Sunsets.” It showcases a great vocal performance by Waybill, some excellent guitar work by Lukather, one smooth refrain and the outstanding drumming of Jeff Porcaro. Unfortunately, this record had a brief and troubled life and never got the support it deserved from the record label. Although a well-kept secret still today, after twenty years it still remains a favorite among musicians and fans. Fee Waybill had some very nice things to say about that certain producer and the role he played in his career: “ I love David Foster. He’s probably the best producer in the whole world, the best producer WE ever worked with for sure. He changed our whole career! If it hadn’t have been for David Foster, we would have been DONE in 1980, after we got released from A&M. That would have been it. It would have been over…. so we met with David Foster and worked on the tunes together and his ability to arrange stuff and to make SENSE of all these ideas that we would try to cram together – that 1st record with David Foster (“The Completion Backwards Principal”) was the best record THE TUBES ever made.” Amen! 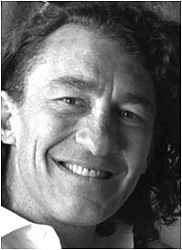