From HEART AND SOUL
Written by Danny Peck

Danny Peck’s “Heart And Soul” was one of David Foster’s first productions back in 1977, probably his third full record production after Jaye P. Morgan and The Keane Brothers the year before.The record is based on Peck’s compositions which are a mix of country/rock, pop and jazz/funk. The work is not perfectly on target but it’s quite interesting especially for Foster’s brilliant arrangements and the great pros appearing on the album, big names like Harvey Mason, Ernie Watts, Toto, Larry Carlton, the absolute cream of L.A. studio players around those years. Peck has a good voice and some of the songs are very pleasent to listen to; “The Smoke Is Rising” has a great funky beat with strong horns, a bit influenced by the Crusaders, “Take Your Baby Home” is a nice ballad with a beautiful string arrangement by Foster, an interesting crescendo and good vocals by Peck and guest Vennette Gloud. “I Do” is maybe the best of the bunch, a jazzy song with strong Steely Dan echoes, Foster undelines the tune with his fender rhodes while Tom Scott’s beautiful sax duets with the singer, giving the song a smokey, bluesy vibe.

Danny Peck and Foster have worked together a couple other times in the eighties, first when Peck sang a duet (Foster’s “I Burn For You”) with Nancy Shanks on the soundtrack of “The Secret Of My Success”, then, in 1988, when Peck appeared on Foster’s “The Symphony Sessions”. 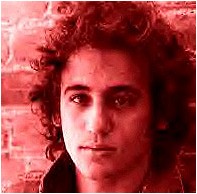 lip on over easy
Or just grab me on the run
Cause i don’t care how you get here
Well, I’m just so glad you’ve come