IF I AM DREAMIN’, DON’T WAKE ME

Lee Ritenour says it well on the liner notes of this 1986 release: “If I’m Dreamin’ (Don’t Wake Me) started out as instrumental, but when David Foster added his part to the chorus and contributed the bass and keyboard parts, suddenly i had a new baby!” That says a lot about Foster’s ability to arrange a song and put his personal touch on it. This tune, written by Rit with lyrics by Maurice White and Martin Page, brought back together many familiar faces like White, Foster and also Tommy Funderburk who was the lead singer of the Airplay project back in 1980. Foz and Rit go way back together too, we already reviewed the amazing “Mr. Briefcase” and they’ve been collaborating many other times, even performing live in concert together (for example, Ritenour will guest just a couple of yea2s later on Foster’s “Symphony Sessions”). “If I’m Dreamin’ (Don’t Wake Me)” is a very cool song, a mix of funk, pop and fusion, with (do we need to say it?) some incredible guitar work by Ritenour and strong vocals by the incredible Phil Perry who is joined at the end by Maurice White and Funderburk.

Check out Phil Perry cause he’s really one of the most powerful and gifted singers ever. He can sing anything from r&b to pop and even jazz. He has released many good solo cds and appears on many of Ritenour’s records as well as dozens of other projects. His voice really arrives up there in the sky. Try and find one of his cds (his first solo, “The Heart Of The Man” includes a great cover of Foster’s “The Best Of Me”) and please buy it!

The rest of the “Earth Run” album is typical fusion of that era with some good moments and many other incredible guests like Dave Grusin, Tom Scott, Ernie Watts and Harvey Mason. 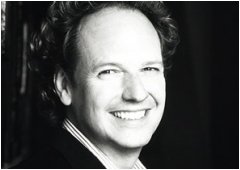