Here we are again talking about another one of those unforgettable Foster classics. “We Both Tried” was included in Bill Champlin’s solo debut album, “Single”, that was released in 1978. It is a beautiful ballad, a perfect setting for the unique voice of Mr. Champlin who sings his lyrics about the end of a love affair with passion and intensity. Foster surrounds his friend with lush strings, his piano playing and backing vocals where Champlin is joined, among others, by Daryl Hall of Hall & Oates fame. This song has also been covered by the Tavares (always under Foster’s production) and Robbie Dupree and it is really one of Foster and Champlin most effective collaborations.

“Single” wasn’t really that successful but it did improve the buzz about this new, up and coming producer, and it is one of the reasons why Foster ended up working with Maurice White and EW&F. The album is filled with groovin’, funky/soul numbers like “Fly With Me”, “Yò Mama” and “I Don’t Want You Anymore” where Champlin’s vocals simply shines. The guys of the “L.A. mafia” play on the record with their usual class and precision while Foster is, like always, the master of ceremonies with his inventive and original arrangements and unique production style. 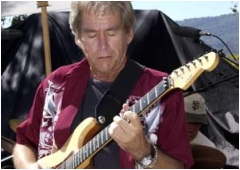 We both tried
everything within our power
then love died
by the minute, by the hour
old standbys were nice tries
so goodbye