Dwayne Ford and David Foster met while playing in Ronnie Hawkins’ band in the early seventies, just before Foster left for LA with his band Skylark to record their first hit Wildflower. In 1981 Ford, a fellow Canadian, after many years spent in bands like Atkinson, Danko & Ford and Barefoot, released his first solo project and who else than David Foster could have been called to produce it? Foster took Ford’s tunes and helped shape them into a pop/rock style that isn’t too far from the music of the band Toto. The only two moments that sound a bit different, with some country/rock flavour -“There’s A Life In Me” and “The American Blues” – are the only moments not produced and arranged by Foster. The whole record is very eclectic, the first song “Lovin’ And Losin’ You” is typical of the LA sound of that time with a jazzy groove, some cool backing vocals and great playing courtesy of the Toto guys.

Another couple of interesting tracks are the pop/rock numbers “Am I Ever Gonna Find Your Love” and the closing one “The Best Will Survive” with some great guitar playing by Jay Graydon. The song we picked for our page is “Stranger In Paradise”, an interesting pop number that sounds a bit like a cross between Steely Dan (especially the central part with the sax solo) and the Eagles with good vocals courtesy of Ford with his wife Patricia Gallant. Ford has released another cd in 1997 entitled “Another Way To Fly”, a solid effort but that lacks the musicianship of “Needless Freaking” and, especially, misses David Foster’s producing and arranging art. 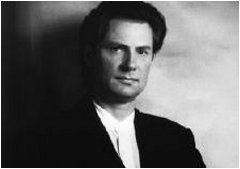