Vikki Moss was Wayne Gretzky’s first girlfriend. The hockey superstar’s friendship with David Foster gave her the chance to sing on a few Foster related projects. Moss first appeared on Foster’s debut solo album, “The Best of Me,” singing lead vocals on “Love at Second Sight.” She also appeared on the soundtrack of “St. Elmo’s Fire” performing the beautiful ballad, “If I Turn You Away.” Moss has a sweet, tender voice with echoes of Sheena Easton and Olivia Newton-John that suited Foster’s elegant pop melodies quite well. Recently, another Foster/Moss collaboration was brought to fans with the 2004 release of the Japanese compilation “Fantasia.” This collection includes the Foster produced and arranged “Hold Me Close,” another keyboard driven, pop ballad supported by Moss’ lovely voice. “Hold Me Close” was only released on a rare 45 rpm vinyl in the early Eighties. “Fantasia” presents several other quality pop songs coming from beautiful but obscure albums like Dara Sedaka’s “I’m Your Girlfriend,” Marc Jordan’s “A Hole in the Wall” and the aforementioned Foster solo record, “The Best Of Me.” Another rarity is the song “Caravan,” performed by new age Japanese artist Kitaro with the great Richard Page and Steve George aka Pages. If you enjoy Moss’ voice, you can also find her singing a beautiful duet entitled “Never Say Die” on Tim Feehan’s 1983 album “Carmalita.” In the nineties she appeared on several multi-artist collections of Japanese covers of TV theme songs and released a couple of dance singles. 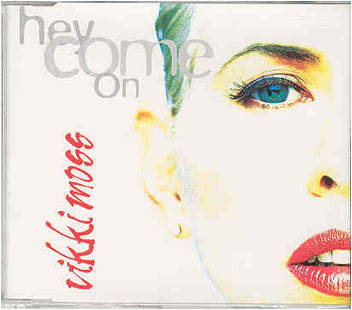 We did for so long, a day to slowdown
I’ve done the best I could do
Have you said you’re leavin’
Sometime have to read it
Quietly you left I find it for you

You and I have shared all our dream
Together we believed that love was still there
Every time I meet you, I want to believe you
All of my trouble disappear