“Gonna Do My Best To Love You” was one of David Foster’s first, important credits as a songwriter way back in the early seventies. It was included on the album by “The Bottom Line” and was quite a success on the disco charts. Tata Vega later recorded it in 1978 on her “Try My Love” album.
The version we’re showcasing here is the one sung by its co-writers, Brian & Brenda Russell. Arranged by Foster, this song was released in 1976 on their “World Called Love” record, a solid mix of pop and soul.
The Russells were recording for Elton John’s Rocket label when they recorded “World Called Love.” It’s no surprise that the UK superstar appeared on it together with many other talented musicians: Steve Cropper, Bill Payne of Little Feat, Jeff Baxter of the Doobie Brothers and Foster, who arranged and played a good portion of this album.
There’s another Foster/Russell composition on the record entitled “Livin’ With You,” a lovely ballad sung by Brenda with her usual class.
Brenda Russell and David Foster have collaborated many times through the years. Their subsequent co-writing efforts are always examples of smooth and elegant quality music.
Brenda recently released a new record entitled “Between The Sun And The Moon.” It’s another example of her talent as a songwriter and vocalist. Please give it a listen. 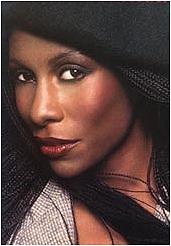