Released in September of 1979, the catchy rocker “Heartache Tonight” was the last song by the legendary Eagles to reach #1 on Billboard’s Hot 100. The song was sung by the great Glenn Frey (1948-2016) and included on their The Long Run album. 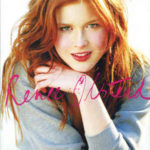