In the first decade of the new millennium, David Foster had an impressive string of hit records for two gifted newcomers, Michael Bublè and Josh Groban. During the same time, Foster produced two CDs for another very young and remarkable singer named Renee Olstead. An American actress and singer, Ms. Olstead as an actress was best known as Lauren Miller on the comedy “Still Standing” and on the drama “The Secret Life of an American Teenager” as Madison Cooperstein. 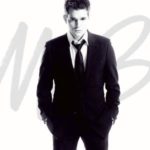