from THE GREATEST SONGS OF THE EIGHTIES

“Hard To Say I’m Sorry” is without a doubt one of the milestones of David Foster’s career. This ballad, co-written by the Canadian music-maker with Peter Cetera, started Chicago’s amazing comeback story of the Eighties. It is the epitome of that era’s adult contemporary ballad with its amazing melody, perfect vocals, layered synths and powerful guitars wrapped up by Foster’s high-tech production. In 1982, the song went #1 for two weeks in the US and eventually became an international hit.

Like it often happens with this kind of evergreens, “Hard To Say I’m Sorry” was covered, through the years, by a number of singers and groups. The most famous cover was released in 1997 by R&B group Az Yet and featured Cetera’s cameo vocals as well as Foster’s production of the remix. It went to #8 on Billboard’s Hot 100 and Az Yet’s version also became a worldwide hit, reaching the top ten in several countries.

There were a couple of other high profile covers of this modern-day standard; one by Irish boy band Westlife and the other by the legendary Barry Manilow.
Manilow’s take was included on his 2008 album, “The Greatest Songs Of The Eighties.” As the title suggests, it was a compilation of some of the best romantic songs of that decade. “Hard To Say I’m Sorry” was remade by the veteran superstar with class and good taste. An interesting bonus was the presence of Chicago’s James Pankow. He arranged the horns and played his trombone along with Ray Herrman on sax and Lee Thornburg on trumpet. Jason Scheff, the gifted tenor singer who replaced Cetera in 1986, sang the backing vocals. These guest appearances obviously gave the song a welcome echo of the classic Chicago sound. Manilow’s confidant voice was the usual ear-candy and delivered a very good re-recording of this timeless song. 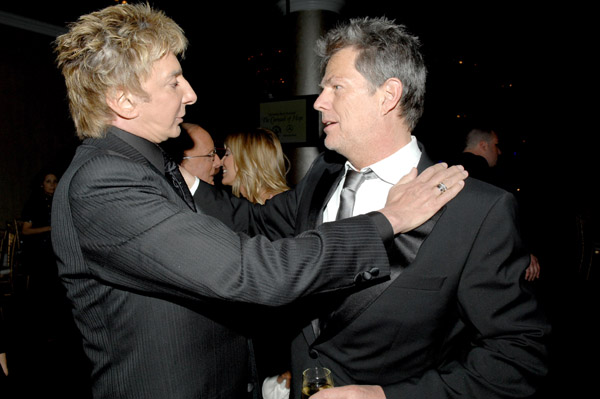 “Everybody needs a little time away,” I heard her say, “from each other.”
“Even lover’s need a holiday far away from each other.”
Hold me now. It’s hard for me to say I’m sorry. I just want you to stay.

Couldn’t stand to be kept away just for the day from your body.
Wouldn’t wanna be swept away, far away from the one that I love.
Hold me now. It’s hard for me to say I’m sorry. I just want you to know.
Hold me now. I really want to tell you I’m sorry. I could never let you go.

After all that we’ve been through, I will make it up to you. I promise to.

You’re gonna be the lucky one.