From TAKE ME TO YOUR HEAVEN
Written by David Foster, Jay Graydon & B.J. Cook Foster

We are sure not many people remember Stevie Woods and this is a pity cause he was a very talented singer with some Jarreau echoes in his voice that released three good albums in the first half of the eighties. His music was a bit of a cross between quality pop and some classic rhythm & blues. “Take Me To Your Heaven” was his debut album in 1981, and sure it was a good success, with a couple of top 40 hits like “Just Can’t Win ‘Em All”, quite influenced by Christopher Cross and “Steal The Night”. Other great songs on the record are “Through The Years” that sounds a lot like a Boz Scaggs’ ballad, “Fly Away”, a cover of the Peter Allen/David Foster gem that was another minor chart entry and “Read Between The Lines” that would have been perfect in one of those classic Graydon’s productions. Our song of the week is “Throw A Little Bit Of Love My Way”. It is a Foster song that, though not very famous, has been covered quite a few times before and after Woods’ version. It is a soulful ballad that Foster co-wrote with Jay Graydon and his first wife B.J. Cook that Woods makes his own with a stunning vocal performance. Foster and Graydon only appear as songwriters here but if you want to listen to their own take of the tune check out Cory Wells’ “Touch Me” album which was released in 1978 and that includes the original version of this song arranged and played by those two gentlemen.

Woods released other two albums after this fine debut album but they weren’t successful even though they did include some good songs too. We really hope that this pop masterpiece will be released soon on compact disc cause it’s a pleasure to listen to from start to end.

It remains to be said that the cream of the L.A. session guys performed on it, among them Ray Parker jr., Greg Mathieson (who arranged most of the work), Jerry Hey, Ernie Watts and the magnificent Bill Champlin on backing vocals. 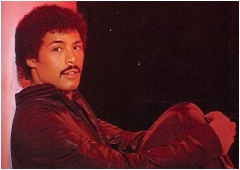