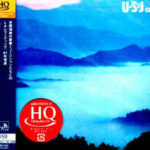 In 2010 Sony Entertainment Japan released a compilation entitled “Jay Graydon Works.” As the title suggests, this collection is a tribute to the artistry of the legendary producer/songwriter/guitar player. It presents all the most important songs of Graydon’s career like EWF’s “After The Love Is Gone,” Al Jarreau’s “Mornin’” and George Benson’s “Turn Your Love Around.” David Foster co-wrote many of Graydon’s gems and their timeless collaborations are the bulk of “Jay Graydon Works.”

Ryo Okumoto is a versatile and talented Japanese keyboardist. In 1980 Okumoto recorded “Makin’ Rock,” an album that showcases an elegant jazz/fusion enhanced by some progressive nuances especially in the leader’s keyboard playing. Joining Okumoto on the project were Jay Graydon, David Foster and Toto members Steve Lukather and David Hungate and the late Jeff Porcaro.