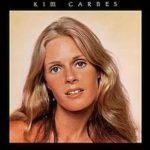 END_OF_DOCUMENT_TOKEN_TO_BE_REPLACED

In 1988 David Foster produced the album “Citron” for Japanese superstar Seiko Matsuda. “Citron” was a hit in Japan and included several good pop songs plus a duet with Foster on the ballad “Every Little Hurt.”
END_OF_DOCUMENT_TOKEN_TO_BE_REPLACED