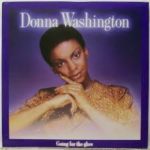 Ms. Washington released three records between 1980 and 1982, but never made it big on the charts. The Los Angeles-born vocalist had a great voice with a two-octave mezzo soprano range that should have put her in the same league as other r&b stars including Angela Bofill and the late Natalie Cole (February 6, 1950 to December 31, 2015). Ms. Washington’s second album was Going For The Glow . It was released on Capitol Records and produced by Chuck Jackson of Aretha Franklin, Phyllis Hyman and Natalie Cole fame. Going For The Glow was a solid effort of the most elegant funky/soul music played by some of the hottest session aces of that era. Among the musicians were Nathan East on bass, James Gadson on drums, Paul Jackson. Jr. on guitar and Patrice Rushen on keyboards. The tracklist included material co-written by the crème de la crème of pop/soul tunesmiths including the late Luther Vandross (April 20, 1951 to July 1, 2005), David Lasley, Allee Willis and Michael Wycoff. Other than “It’s Something,” Ms. Russell wrote the classy title-track while Vandross and Lasley co-wrote the energetic funky anthem, “’Scuse Me While I Fall In Love.” Going For The Glow also presented a nice cover of Pablo Cruise’s “I Want You Tonight” and a great rendition of a Willis/Lasley ballad recorded by Patti Labelle a couple of years earlier titled “I See Home.”

Ms. Washington’s version of “It’s Something” was one of the highlights on the Going For The Glowalbum. The crystal-clear vocal performance and top-notch instrumental track fit the song’s jazzy atmosphere and brilliant musical progression perfectly. Great additions were the brilliant string and horn arrangements by Johnny Pate and the smooth backing vocals. Jackson’s production was as good as it gets when it comes to this kind of refined soul music with quality pop overtones. Listening to “It’s Something” and the whole parent album still make us wonder why it didn’t become a major hit. This is a good chance to rediscover and appreciate Ms. Washington’s tasteful vocals singing one of Foster’s most soulful compositions. If interested, there are past reviews of both Ms. Hathaway’s and Ms. Russell’s versions in the archives. 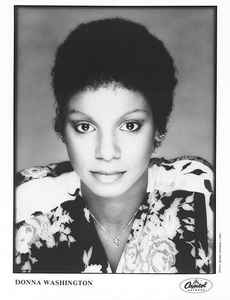