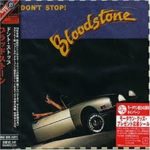 In 1978, Bloodstone signed a deal with Motown Records. Later that same year, the group released their album Don’t Stop!. The record featured founding members Harry Williams, Charles McCormick, the late Charles Love (1946-2014) and the late Willis Draffen (1945-2002). Don’t Stop! was produced by Winston Monseque and arranged by another r&b talent; singer/songwriter Al Johnson of “I’m Back For More” fame. The two were responsible for another very good r&b effort in the same timeframe; Tata Vega’s Try My Love that was also out on Motown.

Don’t Stop! presented a well-dosed mix of smooth ballads and energetic up-tempos with just a smattering of disco. Among the ballads was “Throw A Little Bit Of Love My Way,” one of the earliest collaborations between David Foster and Jay Graydon with lyrics written by Harry Garfield. The future Airplay duo delivered one of their most sophisticated winners, a love song fueled with jazzy tricks and smart time changes. “Throw A Little Bit Of Love My Way” was one of Foster and Graydon’s most covered compositions with renditions by the late Stevie Woods (1951-2014), r&b family group The Waters, Aussie pop singer Barry Crocker and former late Three Dog Night member Cory Wells (1941-2015). Bloodstone’s cover was a soulful one that showcased the quartet’s gorgeous vocal harmony with the spotlight on McCormick’s smooth falsetto. Musically, it was top-notch thanks to the instrumental performances of specialists like fusion legend Lee Ritenour on guitar and session greats Jim Gadson on drums and David Shields on bass. The arrangement left off a bit of the original, jazzy flavor of the track and leaned towards a more traditional r&b feel like the spoken-word moment on the bridge.

Other standout songs on Don’t Stop! were the elegant mid-tempo “You Bring Out The Best In Me” and the sensual title track. On this album, Bloodstone was on the same musical wavelength as classic r&b acts like The Temptations, The Miracles and The Four Tops. For those interested, there are reviews of Woods’ and Crocker’s versions of “Throw A Little Bit Of Love My Way” in the archives. 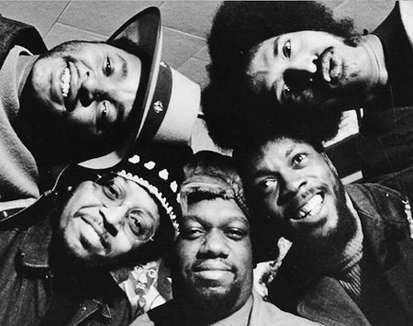