In this week’s review, David Foster goes funky! Released in 1975, “Ain’t Love Enough” was the first single off Attitudes’ debut album. That all-star group included Foster on keyboards with three session legends: drummer Jim Keltner, bassist Paul Stallworth and guitarist Danny Kortchmar. “Ain’t Love Enough” was a catchy, upbeat song co-written by Foster with his friends Brian and Brenda (Gordon) Russell. A past review of “Ain’t Love Enough” can be read in the archives. The “Ain’t Love Enough” single cover photograph was taken by the late, legendary George Harrison (February 25, 1943 to November 29, 2001). Not only did Harrison signed Attitudes to his Dark Horse label, he was one of the group’s main fans and sponsors.

On this occasion, the focus is on a funky instrumental titled “The Whole World’s Crazy.” Written by Stallworth, “The Whole World’s Crazy” is an especially worthy listen because it wasn’t part of the Attitudes album, but was fortunately considered as the “Ain’t Love Enough” b-side. Attitudes really shines on this tune that’s dangerously close to the meanest, funky jams of seminal names including The Meters, Average White Band, Billy Preston or Booker T. & the MG’s. Stallworth builds a tight, powerful foundation on an irresistible beat while Keltner keeps that beat going, Kortchmar rocks the world on his guitar and Foster beefs up the atmosphere with his wicked licks on the Hammond organ.

Although insanely talented, Attitudes didn’t make it big. Their records are big fun to listen to, but their compositions weren’t up to the top-notch level of the group’s arranging and playing skills.

To round out this review, the site would like to give a shout out to our good friend and supreme Foster collector, Anders Bernstrom. He provided the site with a MP3 file of “The Whole World’s Crazy” and has helped a lot throughout the years. 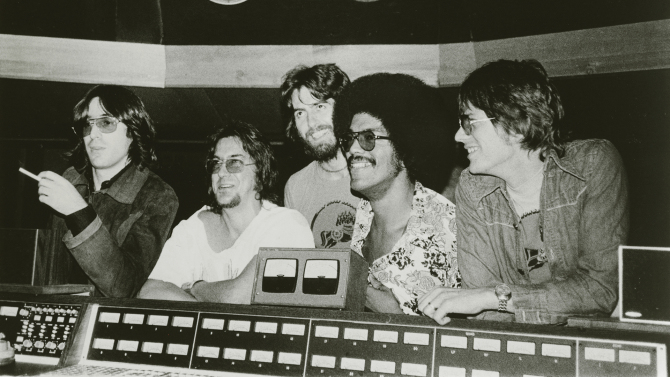