Cheryl Lynn Flor was one of the many young singers who jumped on the disco/pop bandwagon in the second half of the seventies. After a promising start as a model in California , Flor entered the music world with the stage name of Flower. She scored a contract with United Artists Records and released her self-titled debut album around 1977. Given its twinkly cover, Flower could have easily been mistaken as another mild disco release. Although disco elements were included, so were moments of traditional pop and smooth soul that were delivered with superior class thanks to the terrific work of arranger supreme, the late Nick DeCaro (June 23, 1938 to March 4, 1992).

It only takes a few bars of “The Magic Is You” to hear its Bacharach-influenced architecture and understand the catchy appeal of Flower. Flor did a good job with her clear-cut vocals supported by a cast of sessions stars including the late Jeff Porcaro (April 1, 1954 to August 5, 1992) and Ed Greene on drums, Dean Parks and Lee Ritenour on guitars and the keyboard genius of David Foster. The LA sound was particularly smooth and rich on the pop/disco “Give The Little Girl A Chance.” Written by Flower’s then label mate, singer/songwriter Jesse Cutler, “Give The Little Girl A Chance” was an irresistible mid-tempo with a sophisticated instrumental backing track with lush strings crafted by another arranger extraordinaire, the late, David Blumberg (December 29, 1942 to April 17, 2010). Flower’s vocal suits the material well, Ritenour beefs up the track with his smokin’ solos while Foster, Porcaro and David Hungate round out the stellar rhythm section. “Give The Little Girl A Chance” and a nice cover of the Bee Gees’ “Run To Me” were the singles off the album, but they didn’t hit the charts. Flower went on to release three more albums between the end of the seventies and the early eighties, but they were more predictable disco affairs and lacked De Caro’s great artistry as well as the slick, refined music performances of Foster & Co.
In 1987, Cheryl Lynn Flor married noted Israeli-American businessman Haim Saban. Today she is a respected psychologist, author and philanthropist. She is the former Senior Advisor to the United States Mission of the United Nations, author of several children’s and self-help books, president of the Saban Family Foundation and founder of the Cheryl Saban Self-Worth Foundation for Women & Girls. 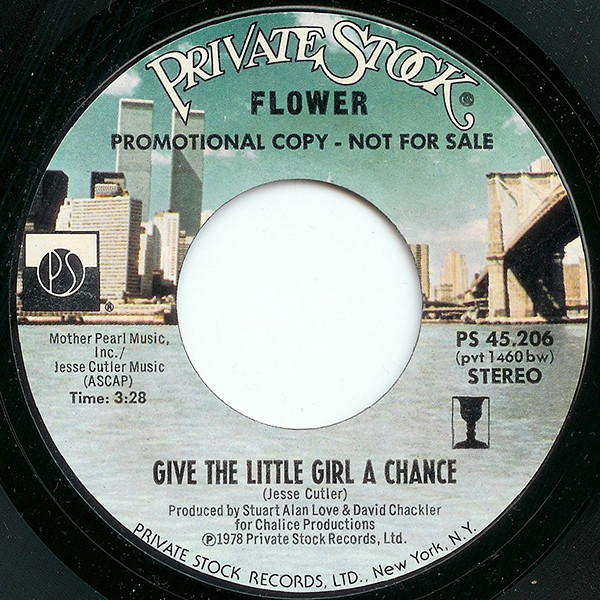