In 1979, Anka supervised Between To Hearts, an album by Florida-born singer Sandy Contella. A good singer, Contella started his career back as a teenager in the early sixties with a few single releases. With its adult contemporary atmospheres, Between Two Hearts bears more than a reference to Anka who co-wrote the bulk of the album. Anka brought the great Don Costa of Frank Sinatra fame into the project to work on the more traditional arrangements. Anka enlisted Foster and his partner in crime, Jay Graydon, to give a different musical twist to a few songs. A good example was the refined instrumental track that Foster and Graydon crafted for “Don’t Ever Say Goodbye.” Compared to Anka’s version, the Contella take was more up-to-date, founded on the Hitman’s clever keyboard work and embellished by Graydon’s trademark guitar playing. They provided a few different musical ideas here and there with great benefit to the overall recording. Contella did a nice job with his vocal performance, competently guided by Anka on the project.
Between Two Hearts presented a few more goodies to catch including the refined pop/soul “Slowdown” which was written by Anka who recorded it on his Music Man album. “Life Song,” a mid-tempo pop tune arranged by Michael Colombier with Anka on backing vocals, the jazzy ballad “Together Again” and “Strangers,” arranged by Foster and Graydon, were some more excellent songs to enjoy from the album. 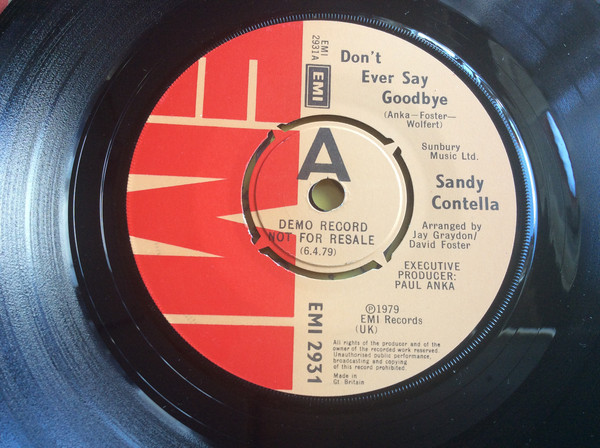