Robert Lamm was the gifted composer, singer and keyboard player of the legendary band Chicago. In 1995, he released his second solo cd entitled Life Is Good In My Neighborhood. Produced by the late, great Phil Ramone (January 5, 1934 – March 30, 2013), one of the highlights of their endeavor was “When Will The World Be Like Lovers.” Co-written with David Foster and Tom Keane, “When Will The World Be Like Lovers” was an energetic, up-tempo number that can be found in the archives. What everyone doesn’t know was that Chicago recorded “When Will The World Be Like Lovers” almost ten years earlier on the sessions for their 1986 Chicago 18  album. Mysteriously, that fantastic, David Foster-helmed tune didn’t make the final cut, yet a recording of the song resurfaced on the web and has been floating around for years.

Although Lamm’s solo version was good, Chicago ‘s take with the Hitman in the control room takes on a different, higher level. “When Will The World Be Like Lovers” was a great pop/rock composition that mixes Lamm’s always inventive songwriting with Foster’s unique pop feel and spectacular craftsmanship. The keyboard-based arrangement was a high tech tour-de-force showing the group’s three singers, Lamm, Jason Scheff and Bill Champlin, at the top of their game. They each delivered amazing lead vocals and ear-candy harmonies. A special mention goes to Champlin’s smooth baritone that oozes class and power while Scheff was also very impressive with his handling of the song’s catchy refrain. Add to the picture Chicago’s trademark horns providing some powerful lines plus Michael Landau’s spectacular work on guitar and you’ve got a piece that was vastly superior, in this reviewer’s opinion, to the majority of the songs included on Chicago 18. An interesting detail for music lovers was the sample of Chicago ‘s trademark hit, “Beginnings,” that can be heard towards the end of this song. Another mystery regarding “When Will The World Be Like Lovers” was not including this song on the various reissues of Chicago 18 through the years. This song was a real treat for Foster’s fans who appreciate the Canadian Genius at the peak of his creative partnership with Chicago .

Another rocking version of “When Will The World Be Like Lovers” is included on the celebrated Fly Away – The Songs Of David Foster  tribute cd. That cover, arranged by the amazing Tomi Malm, is also worth a listen with special guests including Robbie Dupree, Bill Cantos, Frank Adahl and Arnold McCuller sharing the vocals plus session aces John Robinson and Landau playing the instrumental track. 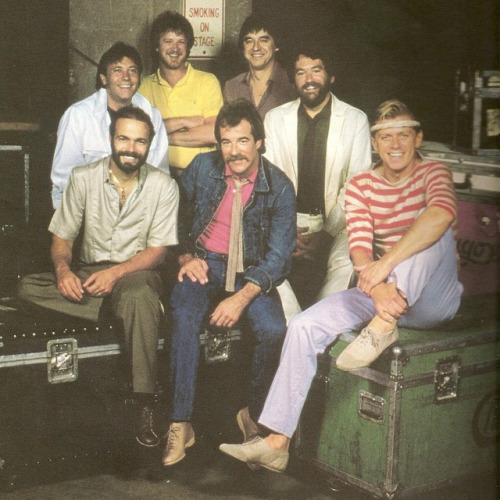