From THE MUSIC OF MY LIFE
Written by Neil Sedaka

Neil Sedaka is a legend of American popular music. From his start in the fifties as a songwriter in the famed Brill Building in New York to his big hits of the sixties and the seventies, Sedaka has been a fixture of the international pop scene for nearly sixty years. Sedaka and Foster have been close friends since the seventies when the world-famous music producer played keyboards on classic albums like The Hungry Years and Overnight Success. Foster even produced some interesting material for the singer’s eldest daughter Dara including her beautiful 1982 album I’m Your Girlfriend. Foster also appeared as the musical director for Sedaka’s 2007 special concert for his 50th anniversary in show business.

In 2010, the singer released a comeback cd titled The Music Of My Life that presented eleven new compositions with his timeless pop flavor delivered to his faithful audience. Sedaka approached Foster and asked him to produce a song on his new album. Foster looked through the veteran singer’s new material and was inspired by the catchy, Latin-tinged “Do You Remember?.” Foster’s arrangement of the song is absolutely infectious with a Latin dance beat and a massive use of synth horns that give the song a Michael Bublé feel. Sedaka’s vocal was in the spotlight with his trademark crystal clear tenor being precise and quite effective. The revered singer/songwriter talked about his collaboration with The Hitman in an interview at the time of the cd release: “David was actually my piano player when he was 19! We did gigs together and he played on several of my records including [his 1975 chart-topping hit with Elton John] “Bad Blood.” I sent him a couple of new songs and he liked the salsa one.”

“Do You Remember?” was another good example of Sedaka’s superior artistry as a tunesmith that still sounds surprisingly current today. If you loved pop masterpieces like “Breaking Up Is Hard To Do,” “Oh Carol,” “Laughter In The Rain” and “Love Will Keep Us Together,” you will enjoy this new song that benefits of Foster’s state of the art production. 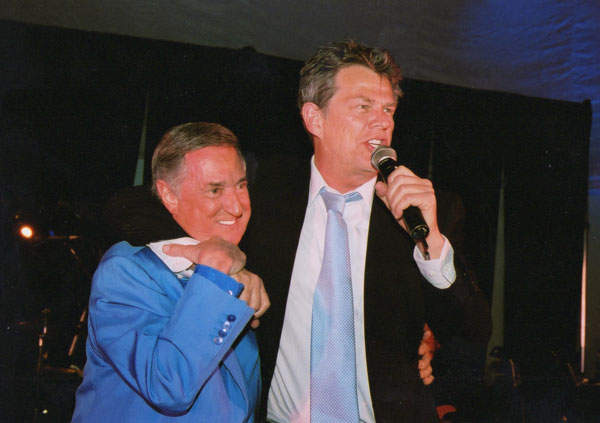