This talented combo injected a superior dose of groove into the duo’s funk/rock compositions. Cropper’s production is exceedingly elegant and enhances the catchy material included on the album. The two brothers gave very good performances throughout the collection with Ernie’s impressive lead vocals and Earl’s noteworthy guitar up front. 1976 was a good year for Cropper who also produced the critically-acclaimed album Hard Candy for Ned Doheny. Both records were fine examples of seventies soulful pop/rock, impeccably crafted and performed. Among the highlights on In One Eye And Out The Other were the funky title-track co-written by the Cate brothers with Cropper, the mid-tempo “Can’t Stop” with an atmosphere reminiscent of the best Memphis soul and “Where Can We Go,” an up-tempo soul/rock goodie with Foster on keyboards.
The Song of the Week is the pop/soul ballad “Start All Over Again.” A nice track with a catchy beat, “Start All Over Again” had a radio-friendly mood that was picked as the b-side of the title-track for the first single off the album. On this number, Ernie Cate’s gritty vocals were backed up by Foster’s captivating organ and Earl Cate’s tasteful guitar licks.
In One Eye And Out The Other wasn’t a commercial hit despite its musical quality. The tunes included have aged pretty well and can compete with the best stuff of legendary acts like The Doobie Brothers and Average White Band. 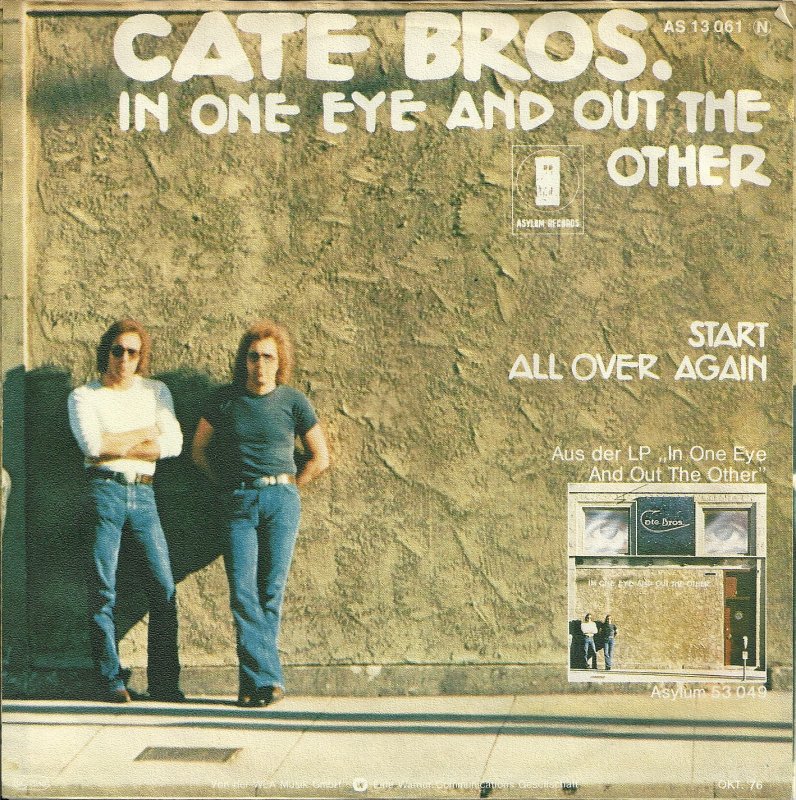