During the summer of 2014, the music world had to face the untimely passing of 35 years old, Australian singer/songwriter Michael Johns. Johns, a former 2008 American Idol contestant, was a gifted singer with a warm, bluesy voice. His obvious talent was pretty evident to David Foster.

He immediately took Johns under his wing and Johns subsequently appeared in many of the legendary music-maker’s high profile live events and tours. Those included the very successful “Hitman – David Foster & Friends” fall 2008 DVD. On that occasion, Johns sang a rousing medley of The Tubes’ “She’s A Beauty” and John Parr’s “St. Elmo’s Fire,” two of Foster’s most beloved rock hits of the eighties. In June 2009, Johns went on to release his debut cd Hold Back My Heart.

Helmed by Nashville producer Dave Cobb, Hold Back My Heart was a solid collection of pop/rock material partially co-written by the singer with Cobb. The soulful, bluesy arrangements and the polished backing tracks were on target and suited Johns’ expressive voice. The singer’s performances were top-notch and resulted in one of the best albums ever released by an American Idol alumnus. The Japanese edition of Hold Back My Heart had a bonus track titled “Hold Me.” This song was originally co-written and produced by Foster in the late eighties for Japanese superstar Seiko Matsuda. The power ballad became a favorite among Matsuda’s fans. Its addition as the opening tune on Hold Back My Heart was a smart way to present the singer to those audiences with a familiar tune. It also helped emphasize the Foster connection since the super-producer is hugely popular in Asia.

The strength of Foster’s catchy melody gave “Hold Me” the flavor of classic, elegant power ballads written and sung by AOR legends like Michael Bolton and Richard Marx. Johns’ soul-drenched performance was memorably supported by various keyboards, guitars and a delicious soprano sax solo. “Hold Me” was a classic, but listen to the entire Hold Back My Heart cd. It’s a very musical, genuine endeavor that was the only full release delivered by this ill-fated talent.

Here are the heartfelt words that Foster dedicated to his friend:

“My wife Yolanda and I are shocked and saddened by Michael’s untimely passing. His love of life and music were completely intertwined. Seven years ago, millions of viewers were captivated each week by his soulful performances on American Idol. Soon after, we became great personal friends and it was a distinct honor to share the stage with him on many musical occasions.

The passion and commitment he brought to every show never failed to move everyone in the audience. Another thing that impressed me was his vast knowledge of the music and legendary singers who came before him. He had a true reverence for their artistry and a passion to carry on in their traditions.

With Michael’s expressive voice and a million watt smile that could light up any room, it’s very difficult to imagine that voice is now silenced. Yolanda and I wish to convey our heartfelt prayers and deepest condolences to his closest friends and family.”

He will be missed. 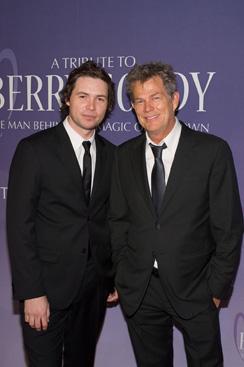