In the early Eighties, “Dreamgirls” became one of the most successful Broadway shows in history. In 1982, the show was nominated for thirteen Tony Awards and won five. The huge popularity of the show saw the recording of an album that included material sung by its original performers. Geffen Records released the original cast album of “Dreamgirls” in the winter of 1982.

The album was also considered a big hit, reaching #11 on Billboard Top 200 and #4 on the R&B Album Chart, making “Dreamgirls” one of the most successful Broadway cast albums ever. The recording spawned two hit singles – “And I Am Telling You I’m Not Going” and “I’m Changing” – both sung by the show’s main vocal attraction, Jennifer Holliday. “Dreamgirls” would go on to collect two Grammys and was eventually certified gold.

Music mogul David Geffen declared that all this success happened because the album was cut as an actual record with a big budget and a talented producer like David Foster in the control room. While most Broadway cast albums were quickly assembled right after an opening, “Dreamgirls” took four months to complete. Foster’s perfectionism paid off with a series of stellar vocal and instrumental performances by the show’s singing stars and orchestra. Additionally, Foster ensured the sound’s quality to be top-notch by bringing on board his main collaborator and engineer supreme, Humberto Gatica.

Most of the recording had the show’s original arrangements by Harold Wheeler, but one song, “Hard To Say Goodbye, My Love,” was arranged for the album by Foster with his frequent partner in crime, Jerry Hey. Smoothly sung by Sheryl Lee Ralph, Loretta Devine and Deborah Burrell, “Hard To Say Goodbye, My Love” is a mid-tempo pop/soul number with a catchy beat and superb instrumental back-up. The tune transcends its Broadway origin and could easily belonged to any female r&b star of that era. It sports Foster’s thumbprints with great strings and keyboard work plus Hey’s trademark horn textures. Like the whole album, “Hard To Say Goodbye, My Love” was carefully crafted and perfectly delivered by Foster and the cast with impressive musical results. The Canadian super-producer made his first attempt at producing a Broadway cast album and the outcome was spectacular. Foster’s tremendous talent scored big in this new field and he helped create an album that was a point of reference in the industry for many subsequent years. 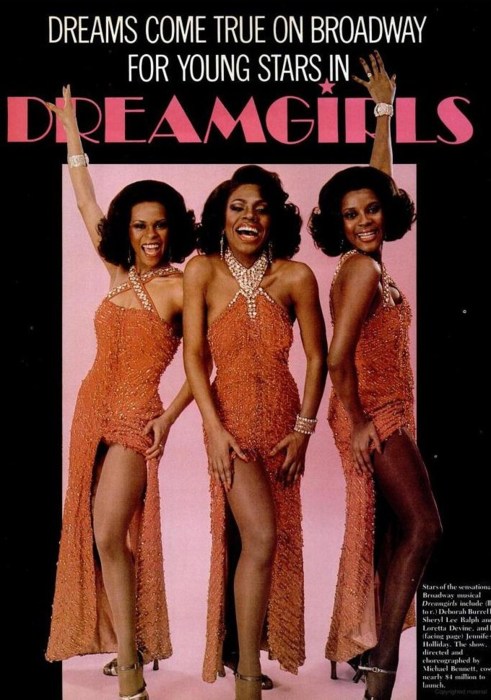 Ladies and gentlemen in, their farewell performance the, incredible Dreams

We didn’t make forever We.
each got to go our separate way And,
now we’re standing here helpless, Looking,
for something to say We’ve.
been together a long time We.
never thought it would end We.
were always so close to each other You;
were always my friend And.

it’s hard to say good-bye my, love It’s.
hard to see you cry my, love Hard.
to open up that door When.
you’re not sure what you’re going for We.

didn’t want this to happen But,
we shouldn’t feel sad We.
had a good life together Just.
remember, remember, all, the times we had You.
know I’ll always love you, you
know I’ll always care And
know matter how far (far I may go) I may go In,
my heart you’ll, always be there (It’s