“It’s Something,” aka “Something,” was a tasteful pop ditty that was co-written in the early eighties by David Foster and singer/songwriter Brenda Russell for Russell’s 1983 album “Two Eyes.” Through the years, this breezy, mid-tempo gem has been covered by an assortment of singers including Leslie Smith, Donna Washington and the exceptionally gifted Lalah Hathaway on Hathaway’s 1990 debut cd. “Something” was the last single released from Hathaway’s cd and it made it to #21 on the R&B chart.

Last year, “Something” was wonderfully reworked by NY fusion combo Snarky Puppy with Hathaway again singing on lead vocals. This version was published on the group’s DVD/cd “Family Dinner – Volume 1.” The astounding rendition garnered lots of attention and praise worldwide while it brought Snarky Puppy and Hathaway a well-deserved 2014 Grammy as “Best R&B Performance.” This fantastic cover showcased the group’s superior musical gifts and highlighted their musical melting pot style where jazz, rock and R&B meet to give life to their personal technique. “Something” became a musical work-of-art with a special nod to Lalah’s out-of-this world performance. She truly owns the song and stage and gives a unique touch with her top-notch phrasing, amazing scat singing and exceptional ability to sing multiple notes at the same time. The triumph of “Something” brought Snarky Puppy’s career to a higher level. They released a successful new DVD/cd entitled “We Like It Here,” tour relentlessly and eventually scored a recording contract with the Impulse! Records label. It also gave Hathaway the full recognition that her talent deserved and established her as one of the leading names in modern R&B. Recently Hathaway kept busy working on several other high profile projects with Robert Glasper, Al Jarreau, Ruben Studdard and Diane Reeves. She also started a campaign to fund her forthcoming live cd and you can read all about it clicking here. 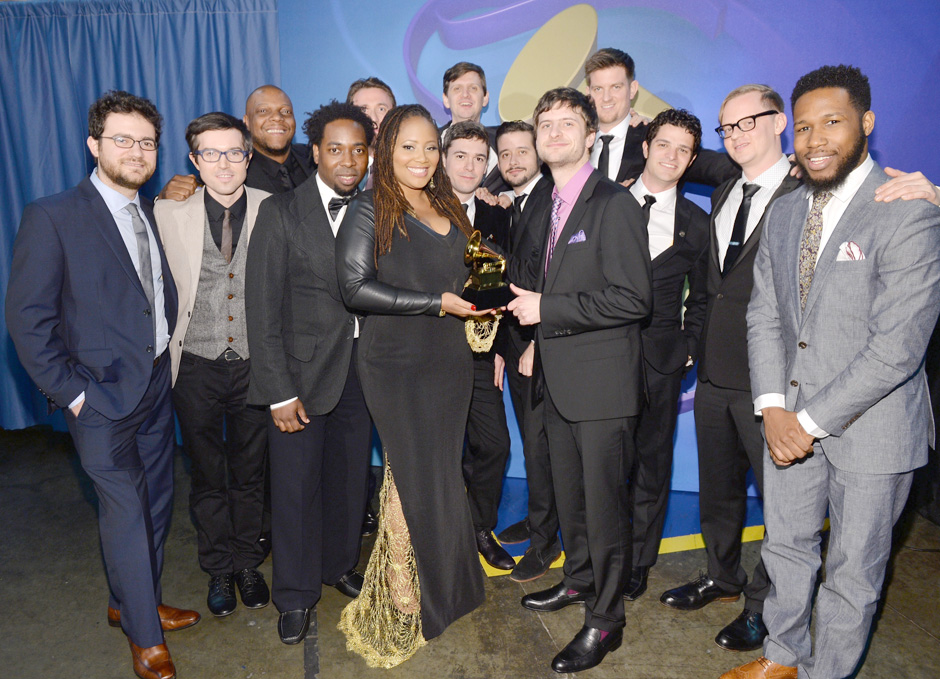 In common, oh, oh, it’s something
You better believe it
And I’m sure of one thing
How I long to be around when
When you can see that
You and I have something

In common, it’s been a revelation, yeah
You’ve been an inspiration to me
And there is not one question, no
Where my heart will run to…

In common, I can’t believe we’ve been so blind
Looks like we’ve wasted so much time
There’s not a note that rings untrue
Said when I’m with you