The 1988 Calgary Winter Olympics brought us “Winter Games,” one of David Foster’s most famous compositions and an enthralling instrumental theme. That year, “Winter Games” became a hit in Canada , a #28 Adult Contemporary hit in the US and a minor entry on Billboard’s Hot 100 at #85. “Winter Games” has a catchy, rousing atmosphere that caught the attention of famed arranger/band leader Chris Walden.

Walden, a German-born, Grammy nominated musician, reworked this Foster classic for his big band by giving it an irresistible jazzy spin on his 2006 “No Bounds” cd. Walden, a big Foster fan, has been closely associated with the Canadian ‘Hitman’ for quite a few years. Walden created magnificent orchestral arrangements on many recent Foster productions including Andrea Bocelli, Mary J. Blige, Rod Stewart, Michael Buble and Jackie Evancho, just to name a few. Walden’s take on “Winter Games” is nothing short of brilliant. He enhanced Foster’s original composition with a fantastic, horn-driven arrangement that gives the superior musical piece new life as a modern day, big band classic. Foster was thoroughly impressed as he declared: “Chris’ arrangement of ‘Winter Games’ is both beautiful and inspiring. He thoughtfully and masterfully adapted my piece into an exciting genre that I never thought possible. Either he’s incredible or I’m a jazz musician after all – or both!!” This jazzed-up version of “Winter Games” features an amazing sax solo by Brandon Fields. It is performed by Walden’s Big Band that comprises some of L.A.’s most virtuoso musicians including Wayne Bergeron on trumpet, Ken Wild on bass, Ray Brinker on drums and Brian Monroney on guitar. Take a listen to the entire “No Bounds” cd, not just for the Foster cover. It’s full of  other fascinating moments including an absolutely breathtaking title track that’s a Walden original and a joy to listen to.

Recently, Chris Walden and his Big Band released a new cd entitled “Full On!” Again, it is a showcase of Walden’s superior talent with a long list of guest singers and players to help him give life to his beautiful arrangements of evergreens and original compositions. Like its predecessor, “Full On!” is an absolute joy for the ears. 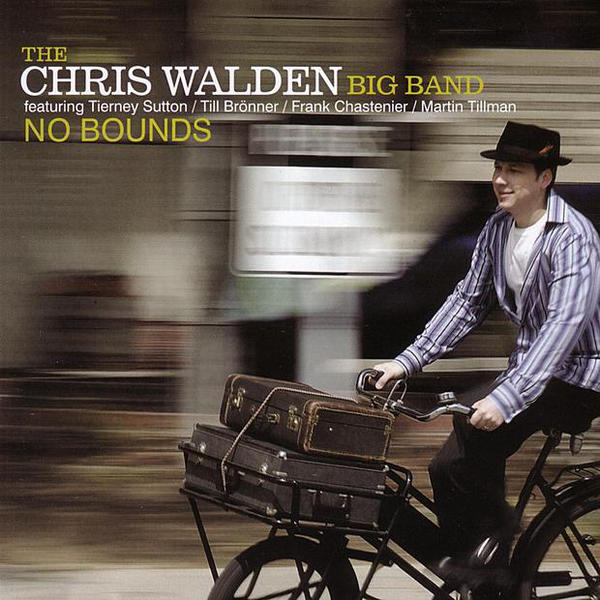