Carmen Rosa Vega, aka Tata Vega, is a veteran R&B/gospel vocalist whose powerful voice can be heard on numerous recordings by popular acts including Kenny Loggins, Philip Bailey, Stevie Wonder, Melissa Manchester, Andraé Crouch and Patti Labelle. Apart from being a top-notch session singer, through the years Vega released a series of R&B and gospel albums that showcased her impressive vocal range and superior singing skills. In the second half of the seventies, the singer signed to Tamla Motown Records and subsequently released four solid albums on that label.

All those records were produced by her manager Winston Monseque and were fine examples of the most elegant soul/disco genre of that era.

Vega’s 1978 release for Tamla Motown was “Try My Love,” a beautiful album that was probably the best of the bunch. It touches several corners of the most elegant black music; from soulful up-tempos to smooth ballads and some tasteful disco numbers. The track list included material written by noted composers from that time including Dave Grusin, Will Jennings, Ned Doheny, Brian & Eddie Holland, Brenda Russell and David Foster. The record was mostly arranged by Andre Fisher, the former drummer of Rufus who went on to produced Russell’s first solo album in that same time frame. Among the best tracks was Vega’s rich, catchy rendition of Doheny’s “Get It Up For Love,” a famous tune that was covered by Average White Band with Ben E. King and David Cassidy. Vega’s take on the song was superb and was paired with “I Just Keep Thinking About You Baby” on a double A-side single. “Get It Up For Love”/”I Just Keep Thinking About You Baby” became a moderate hit on the R&B chart at #58 and a top twenty hit on the Disco chart.

Another superb soul/disco moment was “Gonna Do My Best To Love You,” an original disco hit by Brian & Brenda Russell included on their 1976 album “World Called Love.” Co-written by Brian & Brenda with a young, up ‘n’ coming Foster, “Gonna Do My Best To Love You” finds Vega in Chaka Khan’s funk/soul territory. The song’s ear candy arrangement was beautifully embellished with punching horns and a tight rhythm section while the singer dominated the scene with a rousing performance.

“Try My Love” offers other goodies including the smooth ballad “In The Morning” and a couple of catchy mid-tempos, “I Need You Now” and “Magic Feeling.” The album as a whole got a positive review on Billboard that especially praised Vega’s vocal excellence and featured the singer’s limitless range and punchy instrumentation plus the album’s commercial production.

In the eighties, Vega crossed Foster’s path once more when she sang “Learn To Love Again,” a gorgeous duet ballad with the late, great Lou Rawls. The song was co-written by Foster with Jay Graydon and Richard Page and appeared on Rawls’ 1986 album, “Love All Your Blues Away.”

This talented singer can be heard once again on the soundtrack of the famous movie, “The Color Purple” singing four numbers including the Academy Award-nominated song, “Miss Celie’s Blues.”
Vega was recently featured with many other gifted vocalists in the Academy Award winning documentary, “Twenty Feet From Stardom” that’s a great inside look at the amazing work of top session backing vocalists. 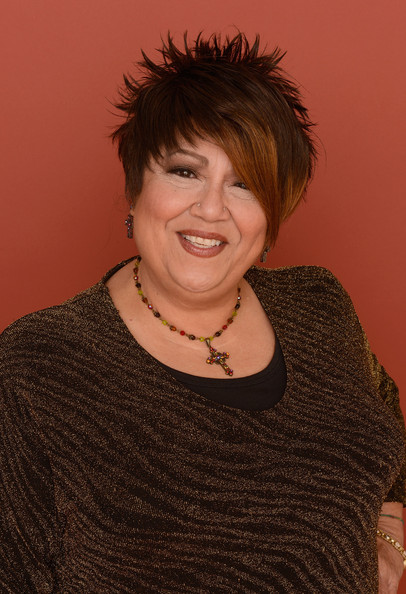