“The Boy From New York City” was a 1965 hit co-written by George Davis and John Taylor for doo-wop vocal group The Ad Libs under the production of the legendary Jerry Leiber and Mike Stoller. In 1981, the song was covered with even greater success by Manhattan Transfer.

They slightly changed the title to “Boy From New York City.” That song would become the first single released from Manhattan Transfer’s fifth album, “Mecca For Moderns.” Like its predecessor “Extensions,” “Mecca For Moderns” was produced by Jay Graydon. With Graydon’s visionary guidance, Manhattan Transfer created another perfectly balanced mix of pop and jazz material that showcased the group’s outstanding vocal harmonies.

Graydon enlisted his gifted pal David Foster to co-write, arrange and play on “Mecca For Moderns.” Among other tracks, Foster appears on “Boy From New York City.” He can be found playing piano alongside Graydon’s guitar and other session aces like Jerry Hey, Mike Baird and Abraham Laboriel. “Boy From New York City” was the first single and became a hit, reaching #7 on Billboard’s Hot 100 and was a Top 5 Adult Contemporary hit. The song’s rhythmic appeal also brought the single into the Top Thirty on the Dance Chart. Manhattan Transfer’s take on “Boy From New York City” is absolutely impeccable in terms of vocal and instrumental execution. Janis Siegel’s fantastic lead part is supported by Manhattan Transfer’s flawless harmonies. Graydon’s arrangement and production are nothing short of brilliant. The final result brought the ultra-talented group one of its three Grammys for “Mecca For Moderns” – Best Pop Performance by a Duo or Group with Vocal. 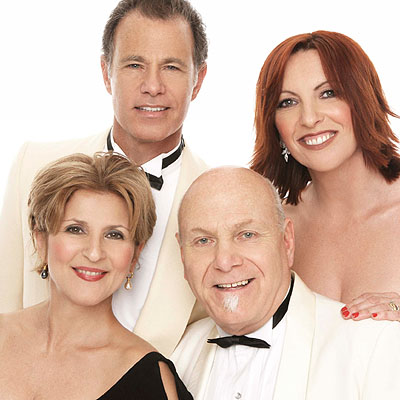 He’s kind of tall
He’s really fine
Some day I hope to make him mine, all mine
And he’s neat
And oh so sweet
And just the way he looked at me
He swept me off my feet
Ooo whee, you ought to come and see
How he walks
And how he talks

He’s really down
And he’s no clown
He has the finest penthouse I’ve ever seen in town
And he’s cute
In his mohair suit
And he keeps his pockets full of spending loot
Ooo whee, say you ought to come and see
His dueling scar
And brand new car

Every time he says he loves me
Chills run down my spine
Every time he wants to kiss me
He makes me feel so fine
Ooo wah, ooo wah cool, cool kitty
Tell us about the boy from New York City

Well he can dance
(He can dance, take a chance with a little ro-)
And make romance
(mance baby, cause he’s a looker)
That’s when I feel in love
With just one glance
(He’s sweet talking and cool)

He was shy
And so was I
And now I know I’ll never, ever say goodbye
Ooo whee, say you ought to come and see
He’s the most
From coast to coast