Though not commercially successful at the time of their release, Lisa Dal Bello’s 1977 self-titled album was one of David Foster’s early productions that aged particularly well in terms of instrumental arrangements, musicianship and vocal performances.“Lisa Dal Bello” was mostly made of funky/pop songs that resulted in a better-than-average soul/disco album of the era. Dal Bello’s songwriting was extremely solid and her singing was utterly impressive. Although only eighteen years old at the time, she blew the roof off in strength and versatility. The album became a superior hit in Canada and the singer took home Canada’s Juno Award as Most Promising Female Vocalist. Foster’s production was another obvious plus, giving the singer and her material the perfect setting to deliver the goods. Foster brought in the usual suspects like Jay Graydon, Larry Carlton and Tom Scott. The young producer also co-wrote three numbers with Dal Bello including the soulful, mid-tempo “Milk & Honey.”

From its slow, elegant intro, “Milk & Honey” quickly develops into a funk jam driven by the amazing Jeff Porcaro on drums, Mike Porcaro on bass, tight horns by Seawind, smooth vocals by Bill Champlin and rhythm guitars by Graydon. Dal Bello’s vocal performance on this number is nothing short of brilliant. “Lisa Dal Bello” is extremely pleasing from start to finish. We urge Foster fans to check it out and discover the funky side of The Hitman! 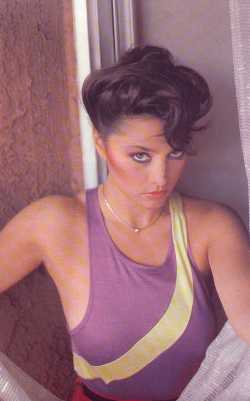 Give me milk and honey, honey
Spice the recipe
Pledge allegiance to the good sweet life
Light the light for me

Tasting my milk and honey, honey
Make me come alive
Make my cup runneth over
Until two and two make five

Turn on milk and honey, honey
Make my case for me
Don’t throw me crumbs from the table
Give me the good life and the liberty

Taste my milk and honey, honey
Make me come alive
Make my cup runneth over
Until two and two make five