Between the Eighties and the Nineties, saxophone sensation Kenny Gorelick, better known as Kenny G, quickly became the most important name in smooth jazz with platinum plus sales, hit singles, Grammy wins and sold-out tours. The pinnacle of his popularity was reached in 1992 with the release of his album, “Breathless.” It was a well conceived collection of mostly pop instrumentals that showcased his tasteful playing and good songwriting skills. “Breathless” went on to be certified twelve times platinum, thus becoming one of the all-time best sellers in popular music.

On that album, David Foster appeared as co-producer of the two vocal tracks. Foster already had the sax virtuoso as a guest on a couple of his projects, “Rechordings” and “Voices That Care.” On “Breathless,” the Canadian super-producer collaborated with fellow music-maker, Walter Afanasieff. Together they crafted “Even If My Heart Would Break,” sung by Aaron Neville and “By The Times This Night Is Over” with guest performer Peabo Bryson. The first song, co-written by Franne Golde and Adrian Gurvitz, became a top thirty AC hit and was eventually included on the extremely popular soundtrack, “The Bodyguard.” “By The Times This Night Is Over,” co-written by Michael Bolton with Diane Warren and Andy Goldmark, was a multi-format hit in 1993 reaching #1 on the AC chart, #25 on Hot 100 and #37 on the R&B chart. This sweet mid-tempo was arranged by Afanasieff and beautifully sung by Bryson with G’s soprano sax basically dueting with the veteran R&B star and embellishing the final result. The production by two giants like Foster and Afanasieff was obviously top notch. Foster and the saxophone superstar have been friends ever since. Gorelick was often a guest on Foster’s various charities and shows while the hitman produced more music on Gorelick’s “Classics In The Key Of G.” 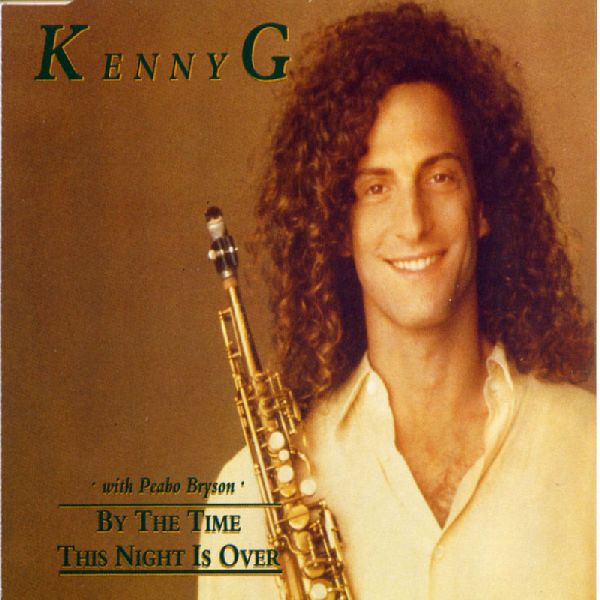