In the fall of 1979, R&B diva Cheryl Lynn released her sophomore record entitled “In Love.” For the new album, after the massive success of her giant hit “Got To Be Real” co-written with David Paich and David Foster, the gifted singer collaborated with UK singer/songwriter/producer Barry Blue. Together they selected the material for the record and prepared all the rhythm arrangements.

The debut single, “I’ve Got Faith In You” is a refined up-tempo number written by Bobby Caldwell who was red-hot at the time for his top hit “What You Won’t Do For Love.” The song, though lacking the memorable hook of “Got To Be Real,” is extremely well conceived to showcase Lynn’s impressive vocal pipes. “I’ve Got Faith In You” sports a tight groove and smoking horns, impeccably arranged by Jerry Hey, to complement the singer’s performance. The single was a minor entry on the R&B chart peaking at #41. Funky material and disco-flavoured arrangements make the bulk of “In Love” with producer Blue offering a very good up-tempo number entitled “Love Bomb” while Lynn penned an interesting mid-tempo called “Chances” with guest Michael Brecker on sax. The title track, a sweet and rarefied ballad gives Lynn the right setting to absolutely shine. The song also has the bonus of David Foster on keyboards who put his thumbprint on the final result that also benefits from more great strings and horns arranging by Jerry Hey.
The presence of both Foster and Hey give this elegant ballad a refined touch that brings it into EWF’s “I Am” territories. This second release wasn’t as successful as “Cheryl Lynn” even though, with its quality performances and well-dosed tracklist, ot helped consolidate the singer’s name among audiences as one of the most unique and talented R&B performers of the era. 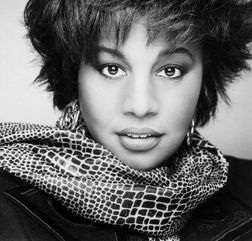